“A great thing about mixing this band is that they want you to put your own stamp on it. They want a pretty different vibe compared to their recorded sound, and I love that; I have to be able to put my own touch on whatever I work on,” says Laughton, who works closely with Monitor Engineer Steve Donovan.

“I’m very happy with how this tour’s going,” Laughton continues. “The band’s management came to the first of two nights in Manchester and said not only was it the best gig they’d heard at that venue (the notoriously tricky Victoria Warehouse), but possibly the best they’d ever heard the band sound live.”

Laughton says this is where Britannia Row’s Training Academy comes into its own and ensures its engineer are a real asset to any tour he works on. “The best thing you can do is get trainees on the road and into real life touring experience. The quality and enthusiasm of the crew they send us is great. They’re producing very dedicated and intelligent audio techs who are on their way to becoming great engineers in the future, so they’re doing something right.”

Two Door Cinema Club Production Manager Bennie Brongers also likes to keep his engineers happy: “Brit Row are one of my suppliers of choice, and they are my FOH and monitor engineers’ first choice. I’m very happy with Brit Row’s service, but as a production manager, you have to listen to your engineers, and to what equipment they want to use from which company.”

In monitor world, Steve is working with Sennheiser 2000 Series in-ears and Sennheiser 935 mics with a DL431 mic split pre-amp.

The tour is travelling largely with an L-Acoustics K2 PA, KS28 Subwoofers

and KARA enclosures, with the biggest configuration for London’s O2 Arena expanding with a main K1 hang.

“I love L-Acoustics,” comments Laughton. “On the last tour, I used the K2 for the first time, and although it took me a while to get used to the high fidelity, once I knew it could really pack a punch, I was really impressed considering how light the box is. Of course, a lot of how your boxes sound is down to the system tech and once again Brit Row have an amazing reputation with their crew. Cesar nails it every time.”

Laughton, who has been using Britannia Row’s services for over 20 years, chooses Clair Global in North America and describes the strategic partnership as “a fantastic joining of forces.”

Donovan agrees: “On our last run in America, when we got to Clair we were expecting duplicates, but it was all Brit Row gear packaged and waiting for us, in their racks with their branding. Do people realise this? It was such a welcome surprise to have literally everything exactly as you’d want it from your go-to vendor.”

“They’re both very clever companies,” Laughton adds. “Having now done a tour with Brit Row and Clair as one overall company, you can tell they’ve learned a lot from one another. They’ve smashed it. Plus, it’s a lot easier for a production manager to work with one account handler. They know everything you need them to know. One email to Tom Brown, no matter where we are, and the situation is sorted.”

Brown states: “I’ve been working with Steve and Ian for a long time, who are both excellent engineers. As for the music, I’m a real fan of Two Door Cinema Club’s sound and musicianship, so this is simply a great tour to cater for.” 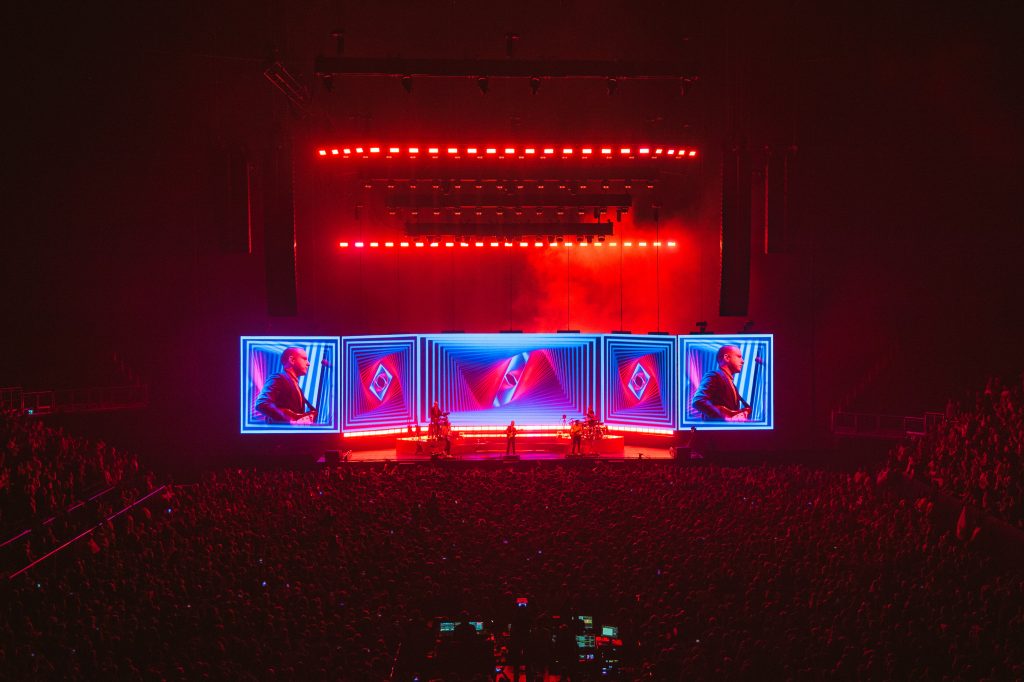 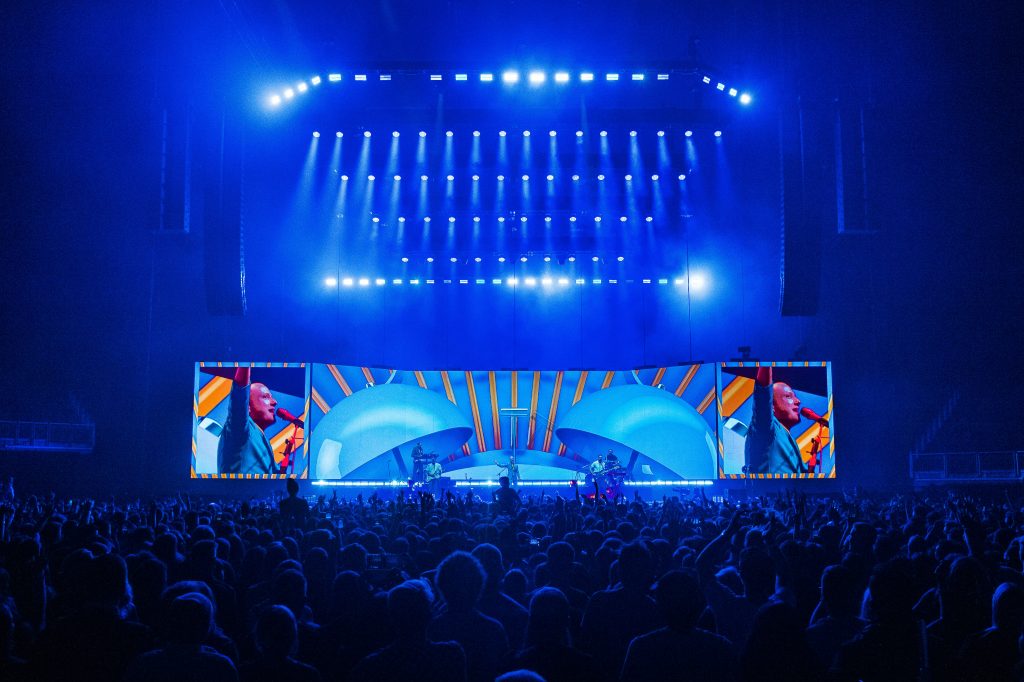