With over 45,000 audience members per night, over three consecutive dates, the Scandinavian dance trio returned to live performing - following a six-year hiatus - with a huge production at Sweden’s Tele2 Arena.

Production managed by Mattie Evans and mixed at FOH by sound engineer Wayne ‘Rabbit’ Sargeant, the SHM team chose to use Britannia Row for the highly-anticipated gigs.

Rabbit, whose connection with Brit Row spans two decades, noted that the company is great to work with as all of the team “get fully involved in the design of the system; it’s always good to have the best people onboard.”

Britannia Row’s Josh Lloyd was the production’s sound system designer, and Dave Compton managed the account. The full show took three days to install, with the sound department working around a very large video screen, not allowing speakers to appear in front of the LED.

The size of the audience called for three delay positions: delay A had K1-SB and K2, delay B (per side) had K1-SB, K1 and K2, and delay C (per side) comprised K1-SBs, K1 and K2, creating even coverage throughout the venue.

Lloyd said: “Rabbit wanted to hear a lot of sub everywhere, so I came up with the idea of designing a centre flown sub cluster of KS28s.

“To do this in a single zone meant it behaved as though it was coming from one source, and it worked really well for these events, ensuring that an even coverage was achieved throughout the venue.”

Front fill was provided by SB18s and Kara, and ground subs were KS28s.

All amplification was via L-Acoustics LA-12X, which were flown in order to minimise cable length to the speaker hangs.

Lloyd continued: “When playing dance music of this style, the system can be put under a lot of stress, yet a recurring comment, especially from the band, is that everyone was really happy with the sound.”

Compton, who attended the first show in Stockholm said: “It was Britannia Row’s first time working with Mattie Evans, and we had a lot of fun along the way with this production. We’ve worked with Rabbit for 20 years now, and it was a big challenge due to the size and importance of these shows, while factoring in the other production elements.

“If the audience, band and crew are happy, you know it’s a job well done, and I’m glad we achieved that.” 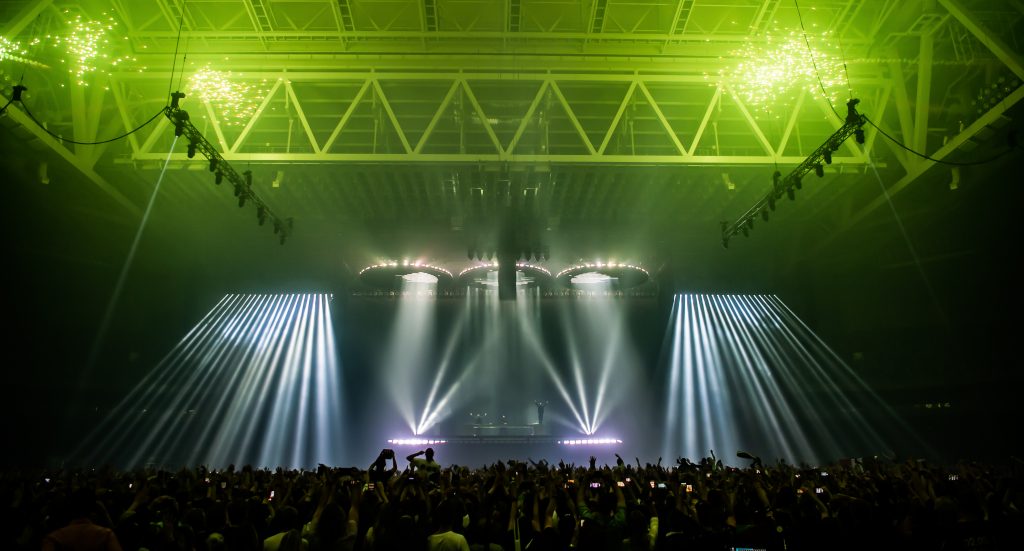 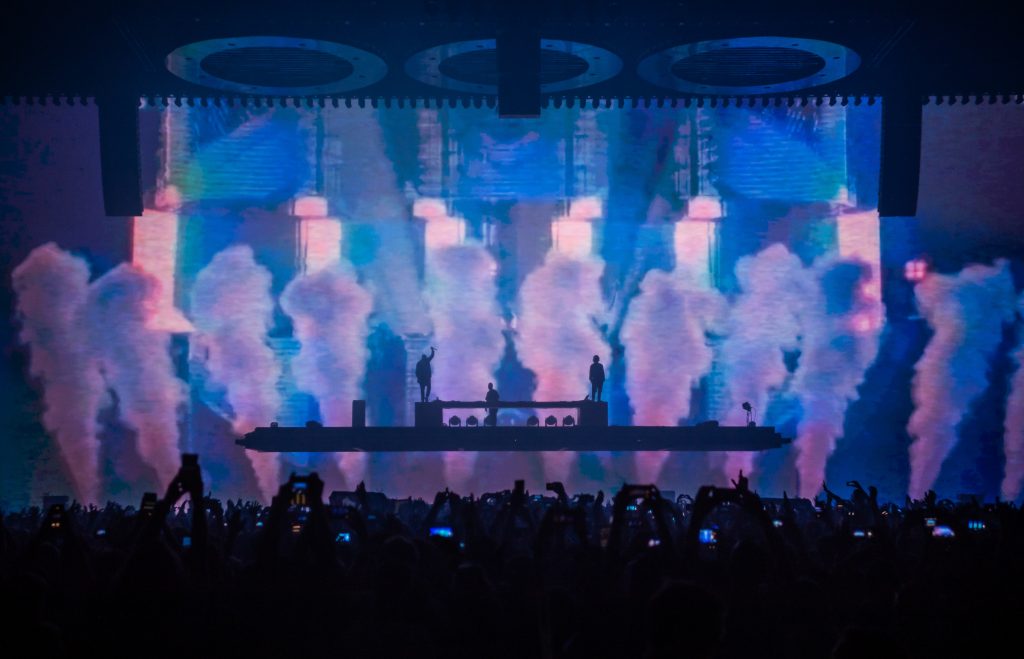