After an unprecedented delay due to the pandemic, the glittering Henley Festival of Music and Arts, famed for its strict black tie dress code, finally returned for a 2021event. With its unique credentials present as ever, including six stages, a roaming theatre, sublime art, and live musical performances from Madness, James Blunt, and Sophie Ellis-Bextor to name a few, the 5-day show had to deliver with perfect ambience.

In order to keep the event running as smoothly as possible – despite some of the site’s particular idiosyncrasies – Production Manager John Harris brought Surfhire, part of Britannia Row Productions, back once again to provide radios, internet backhaul, and site-wide network services for the festival.

“Surfhire have been involved for 12 years, but the role has expanded and contracted as time has gone on,” explains Surfhire’s Simon Hodge. “The festival size was slightly reduced following the pandemic, but the site still remains a very difficult one for us to implement the necessary technology.”

The Surfhire team deployed new Gigabeam links at 60GHz to achieve 2 Gbps internet backhaul across the river then ongoing microwave, fibre, and copper links to distribute on site. As well as production internet, Surfhire provided catering POS terminal services and box office machines along with a bespoke VOIP phone system.

“The fibre backhaul terminates over the river, so we use 60GHz microwave to link across and then more microwave to get around the site,” says Hodge. “All told, it’s a mile long so there are also a lot of access restrictions as well as a compressed load-in, so the whole process can be a bit of a challenge.”

The company had four of its engineers on site for three days, who installed, terminated, and certified all of the cable runs. They also used high grade spectrum analysis to keep the links running throughout the festival.

“More and more, I think that Internet provision is becoming essential for live productions,” adds Hodge. “As they become more elaborate and offer higher values, solid voice comms is more essential for the event smooth running and safety, and I think this growth will continue – particularly with the concept of converged network where a backbone and backhaul become common among all production elements for a show or event.”

Hodge illustrates this point by giving an insight into next year’s Henley Festival, where the Surfhire team hope to add CCTV services for on-site H&S and to host some audio distribution for the festival’s PA vendor.

“It was really exhilarating to be back in a live environment,” adds Hodge. “Watching the festival’s varied shows was fantastic; it was so fulfilling to be back in the saddle and we’re already looking forward to next year!”

Henley Festival is due to return for its 40th Anniversary celebrations in summer 2022, where chilled Champagne will flow once again between 6-10th July. 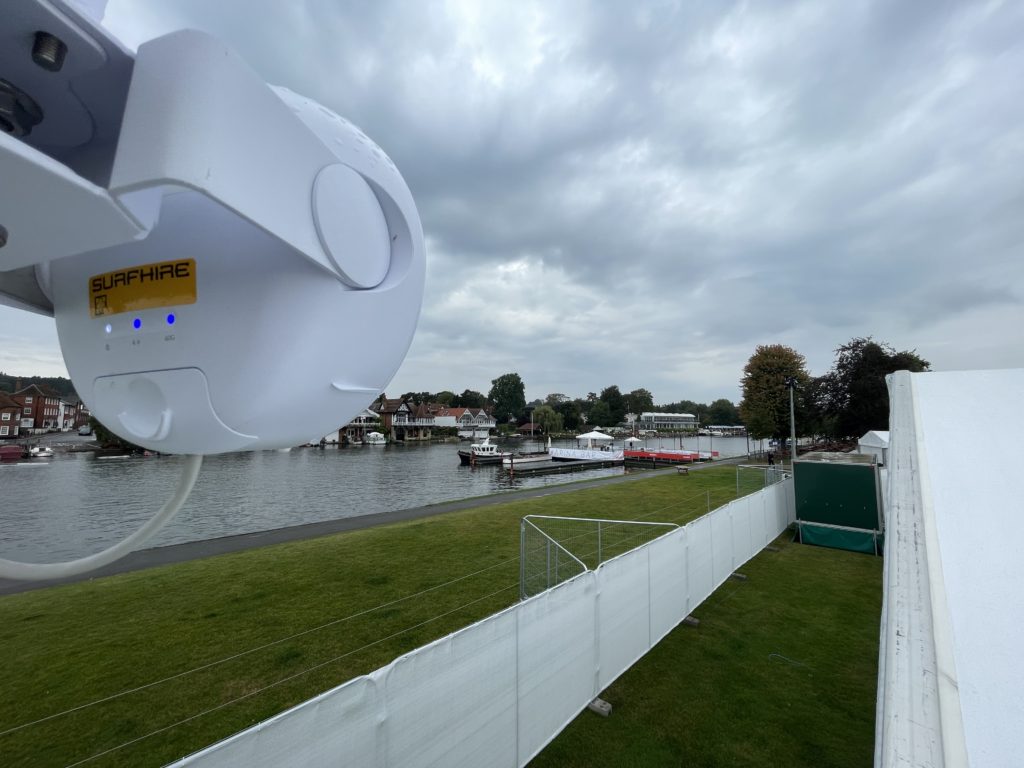