“It’s always difficult,” was the opening remark from Johnny Keirle visiting Alexandra Palace for the first time, “In what seems like an age, long enough that, this is the first time I’ve ever been in here with an L-Acoustics K1 system.”

Keirle is a Britannia Row system tech’ with some well burnished credentials. Having previously been kept busy with Adele and David Gilmour, he’s now turned his skills to Royal Blood.  Did the renowned French system provided by Brit Row present any advantages in driving that Direct to Reverberant ratio in a favourable direction? “Well this room has a reputation but it’s more than just dealing with the acoustic shortcomings of a Victorian glass box. What we have to do is keep the sound of the system consistent from show to show, so Phil Jones front of house has a firm platform for the band.”

Since the band kicked off the current European leg of the tour in late October, they have skittered breathlessly through twelve gigs on the continent including two festivals and another eleven venues in the British Isles, all in just thirty days. Their first opportunity to draw breath, three sold out nights at Alexandra Palace, gives a firm indication of just how well their latest album has proved successful for them.

“Yes, the Palace is a big old room,” continued Keirle, “That’s why you need K1; for the throw. But I keep that energy focused on the first half of the room and then halfway down I have delays of K2 which I use principally for getting the hi-mid and H/F to the back.”

There is of course, the other primary consideration of power in the low end. A two-piece band comprising bass guitar and drums has, whatever the skilled wizardry of guitarist Mike Kerr, a determined depth to their sound. “With long lines of K1 above there’s already plenty of L/F in the air. To balance that to the floor I put a long sub-array of KS28s across the front of stage. Eventually resolved at thirty-five metres across, it allowed me to model for very precise even coverage with more impact concentrated across the whole of the audience area without exciting the walls. Phil who has mixed their sound forever said he was really pleased after the first show.” 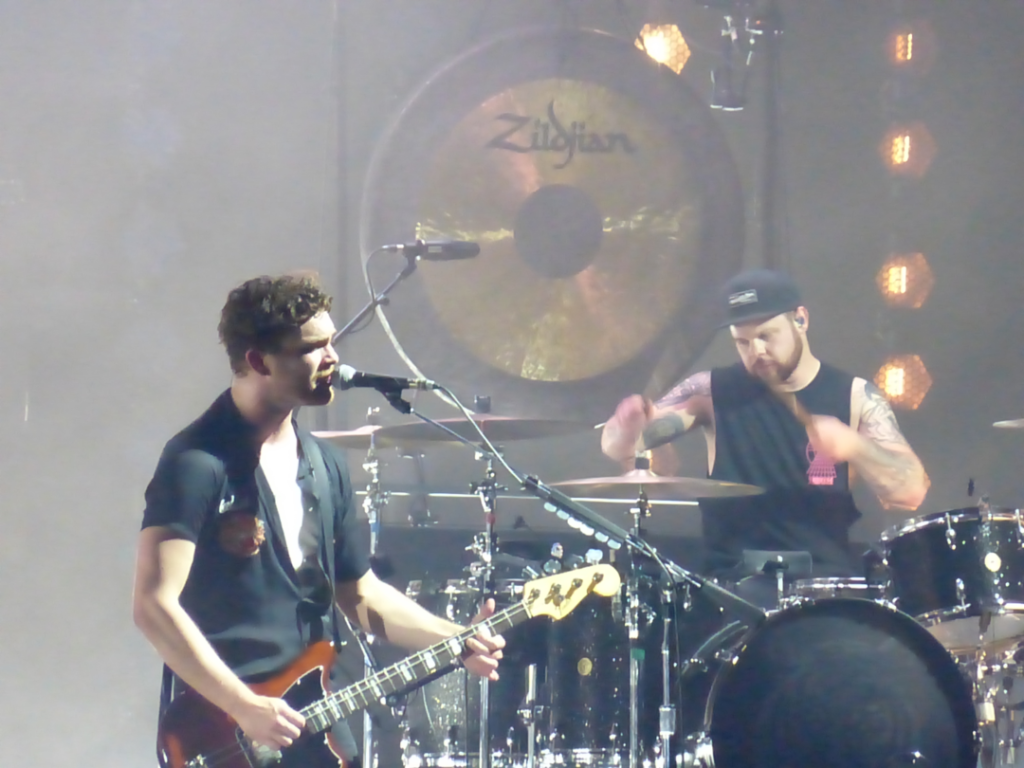