Steve Carr is the luckiest front of house engineer in the world right now: “The quality of the sounds from the band are outstanding.” There are probably more than a few house mixers lucky enough to say that about the band they are with but none of them are working for Nick Mason’s ‘Saucerful of Secrets’. A rapturously received European tour by Mason’s band in the fall of last year saw Spring 2019 dates in North America get booked before that first leg had ended. Whatever side of the Atlantic, Mason’s production team has elected to use Britannia Row Productions for all their audio needs, a company with more than a passing familiarity to Mason.
For those who don’t know and indeed, those who can’t remember the sixties because they were there, Mason is, and always has been, a full-time paid up member of Pink Floyd. Part of that history saw the band establish Britannia Row (Brit Row) as a production house back in the nineteen seventies. The fact the company still exists now, as part of Clair Global, says much about the calibre of sound engineers they attracted back in those heady days.
Pink Floyd may no-longer function, not least because of the sad demise of keyboard player Rick Wright, but Mason has determined to bring the band’s early material to a new audience. That, in many ways, explains Carr’s opening comment; Mason revisits early Pink Floyd songs focussing on the Syd Barret legacy, much of which has not been played live for decades.
With that history in mind, did Nick Mason find it a case of slipping into an old familiar pair of shoes? “It was a mix, some fell straight into place. But you know some of Syd’s stuff could be curious; unnatural structures, not your typical verse, chorus, verse chorus, middle eight. So some pieces we had to pull apart and reassemble.”
For Dave Compton, account manager at Brit Row, Mason’s stated intentions had to be properly addressed. “We took great care to represent those origins for the modern audience, as part of our history we wanted to honour the original material in an appropriate manner, the audio had to be great but it was essential we didn’t sanitise it with high-tech.”

The chosen system for both European and North American tours is L-Acoustic Kara. “Since we started last September, Kara has provided the ideal flexibility for the wide variety of venues we’ve played,” says Brit Row system tech Josh Graham. “We’ve played theatres big and small, city halls, and some small arenas. Kara has worked really well everywhere; even in the mini arenas we have played we are able to achieve good coverage with more than enough sound energy.”
FoH engineer Steve Carr certainly had no complaints. “The challenge is the stage sound, it’s always high level. That’s important to the band, if they needed their amps up at that level then it would be up. I’m using more compression than EQ, all the dynamic comes directly from the band and in the end I have to represent the band as honestly as I can. Josh is Brit Row trained, and it shows. The Kara system has consistently proved perfect wherever we’ve played; it’s performed equally well on the first of our North American dates. That’s important, besides the new audience there are a lot of long-term Floyd fans in the audience who bring their own ideas on how it should sound and I have to say we’ve had really positive responses.” 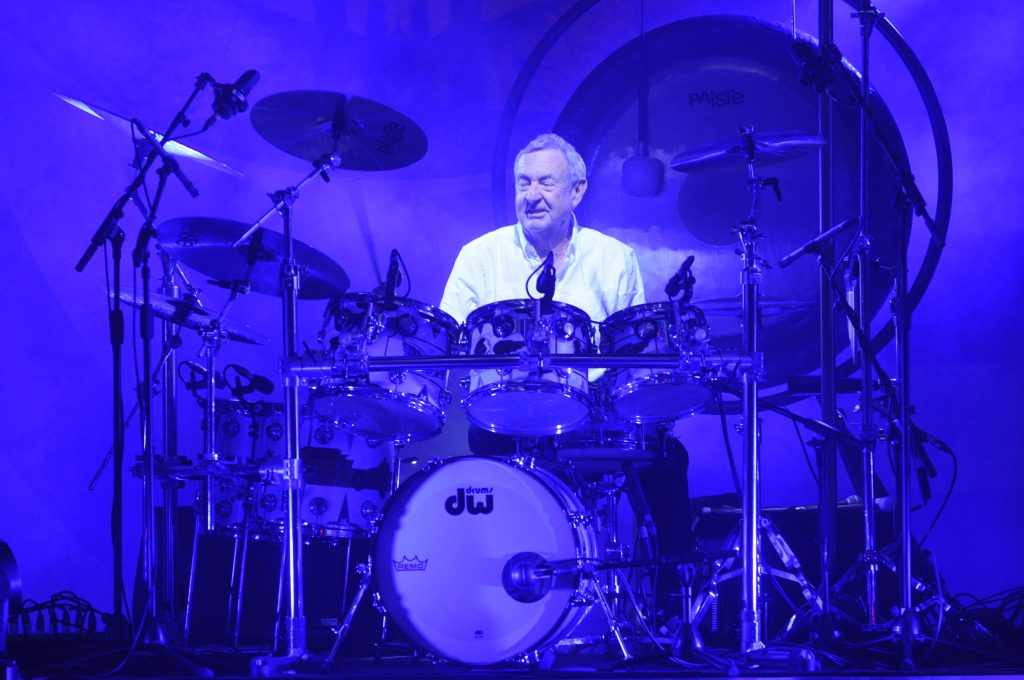 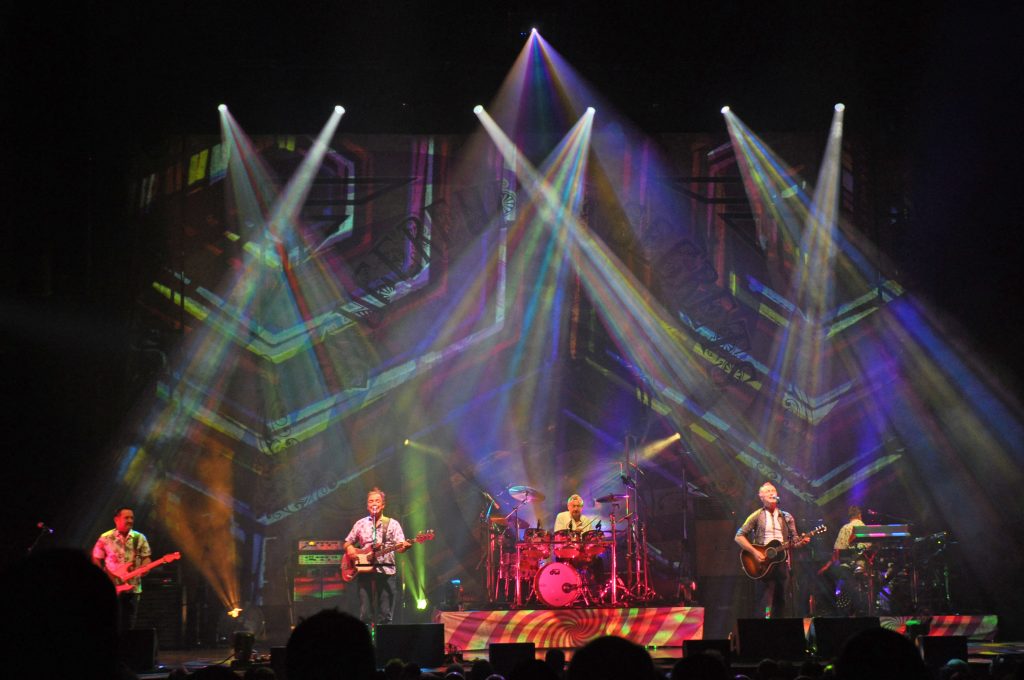