Mike and The Mechanics – Looking back …

Mike and The Mechanics are Genesis founding member Mike Rutherford (Guitar) – one of the UK’s most prolific R&B singers, Andrew Roachford - Lead and backing vocals – (whose previous hits include Cuddly Tour and Family Man) and Canadian-born singer, Tim Howar - lead and backing vocals – who formed and toured with his band Vantramp, with the likes of Rod Stewart and Paulo Nutini.  They are back on tour and played a two hour set to a sold out Royal Albert Hall crowd. Their delighted fans were treated to material from their new album 'Out of The Blue', released this week, as well as favourites from the past 25 years of Mike and the Mechanics and a couple of Genesis hits.

Britannia Row's Pete McGlynn mixed Front of house and Jonathan Dunlop mixed the bands monitors and, judging from the reaction of the audience and band, both did a splendid job! 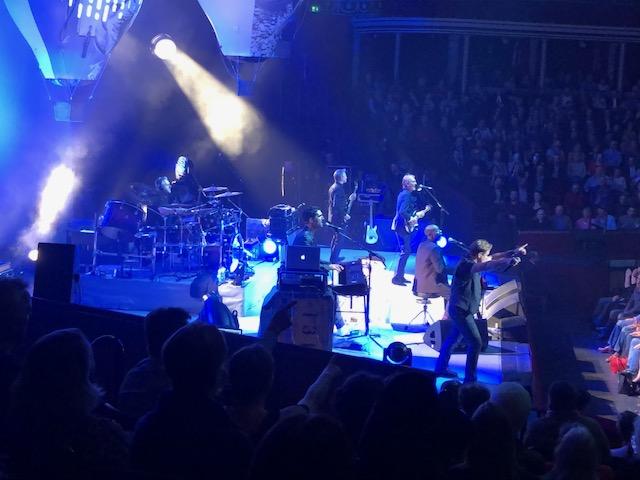