The current tour by Jamiroquai, begun in Spring 2017 with a run of festival appearances and a short stretch round Japan, is now touring Europe in earnest with a full production. From the out-set their front of house engineer Rick Pope has been using Yamaha’s new flagship mixing console, the PM10. As a desk of extraordinary capabilities, this was no small investment. “We have looked after Rick and Jamiroquai for many years now,” said client manager Dave Compton at Britannia Row. “Although investing in a new top end console was not in our cap’ex plan at the time it was at Clair Global. They already carry a large inventory of Yamaha consoles and were more than willing to make the investment to support this tour.”

For Clair Global, Pope’s experiences have proved a useful test-bed. With the tour now in Europe, Britannia Row are also taking a long hard look at the desk. Pope, who has mixed Jamiroquai for many years, explains why: “I’ve been a Yamaha endorsee for maybe 25 years and have contributed to their R&D consistently over the years. A replacement for the venerable PM1D was long overdue, so I was relieved when the PM10 was first presented to me.” 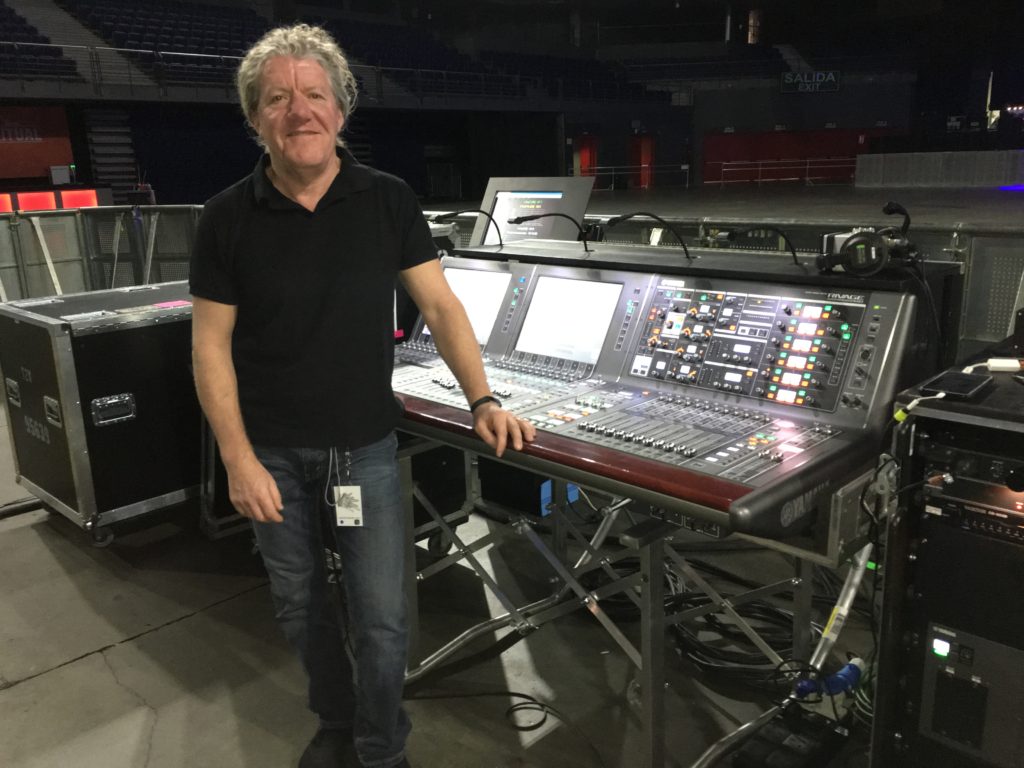 “Quite simply, it is fantastic. It’s the most powerful desk out there; it’s ridiculous what you can do with it. Yet in spite of its functional power it’s so easy to operate. Any engineer with basic knowledge could rock up to find the PM10 out front at a festival and have no trouble; I can think of some desks where you need to take a three-month training course.”

Much is made of the contribution of Rupert Neve to the development and functionality of the desk; for Pope that’s a key aspect. “For me the pre-amps are way better than anything else out there. Since I’ve been using this desk I’ve never had so many people, musicians and mates who are engineers, come and tell me how good it sounds. The warmth in the low end – a characteristic you could say was lacking in older desks – is there now. The Silk processing is beautiful. It is expensive, but for what it costs its way better than anything else that’s out there. For Jamiroquai, everyone knows Jay Kay drives a Ferrari. He’s my boss and this is the Ferrari of desks. But consider this, I used to use a TC6000 off board, a Manley Vox Box and an H3000 – they’re expensive bits of kit. Not anymore. The on-board processing and effects are as good or better than anything else out there.”

The current leg of the tour drew to a close in London early December, with dates for this year already at the planning stage. “Brit Row are supplying me with an L-Acoustic K1 system for this European leg; working with them is like putting on your favourite pair of slippers, warm, familiar, comfortable. The K1 sounds great and with this combination of desk and system I can get great sound, even in the shit rooms. That’s what clients like, that’s why I’ll keep using Brit Row and why I’ll keep using Yamaha.”