Designing an audio system for a live arena show or the installation of a multi-zone distributed PA are commonplace activities these days; combining the two in a single venue for a one-off concert is a consideration of an entirely different dimension. But when the Foo Fighters were asked to headline a one-off event for Super Bowl Saturday, Lez Dwight (Director) of Britannia Row Productions handed precisely those project design responsibilities to their Foo Fighters’ touring systems engineer Adam Smith.

“The Jack Murphy temporary structure chosen by DirecTV for their live stream spectacular ‘Super Saturday Night’ was essentially a 100-foot-tall dome roof,” explains Smith. “At 72,000sq/ft in terms of coverage there were two major aspects for the 8,500 fans who attended. The main listening area on the flat floor was relatively straight forward: L/R L-Acoustics K1 with K2 sides and ARCII for 180-degree rear to be provided by Brit Row on behalf of Foo Fighters’ production.

“Then there was this rather unique and complex steel mezzanine structure spread over multiple levels. It stretched the length of the venue from upstage left and right, wrapping around behind FoH, and extending throughout the remainder of the building.”

“Once the relevant production drawings became available, I was able to extract the necessary room data, draw an interpretation of the structure within Soundvision and begin to simulate chosen speaker arrays/sources. At this stage of the modelling it became clear there were multiple discreet zones that required re-enforcement and could not be covered by the main system. These included an 'Atrium' VIP lounge, The Lobby (hosting a Foo Fighters museum exhibit), the main foyer and an external entrance area where guests entered the mouth of the structure.”

Fortunately for Smith, this was no drive-by show in the middle of a busy touring schedule, Britannia Row and DirecTV the producers both invested Smith with the time and resources to make this as good as it gets. “I did get an early site visit to the Jack Murphy structure outside Atlantic Station as it was being assembled. Then with support from Brit Row and the Clair Global team in Lititz we developed a schedule to implement all speaker resources in areas outside of the main space, as well as the required network infrastructure and cabling solutions for signal/network distribution, control and system management.”

The auxiliary audio design comprised a ring delay of L-Acoustic X8 loudspeakers to cover below the mezz’ decks, Kiva II arrays for the lobby, with more Kiva II for the upstairs VIP area. The museum zone was covered by a distributed set of X8 while the main entrance saw Kara with KS28 subs. “An L-Acoustics processing and control toolkit became key to the management of the project with LA Network Manager hosting a total of 78 LA12X Amplified Controllers, amp dollies positioned stage left and right, under mezz’ left and right, plus 2 external racks.”

A team of four oversaw prep in the Lititz shop and had 4 days to install the auxiliary system plus Kara delays above the mezz level to augment the Foo’s main floor system. “The Foo’s production arrived two days before the broadcast, we loaded in main K1/K2 arrays, optimized the system and integrated to the auxiliary elements without a hitch. During a walk through the show’s producers were able to make aesthetic considerations about audience location, a scenario we had anticipated and we were able to adapt the sound design to support their changes. The client was looking for a 'club style atmosphere' with impact and localization throughout the venue. When you consider the potential for rigging restrictions in the mezz structure and the inevitable production design components implemented at late stages obstructing coverage patterns and impacting upon our initial design plans, this was no straightforward task.”

“What made this process an entirely flexible and manageable operation was that every loudspeaker and the required design/control tools came from the same eco-system, all L-Acoustics products from the Brit Row/Clair inventory. Brit Row has a deep experience of responding to the unique demands of live broadcast concert events, making working this kind of project both challenging and fun.” 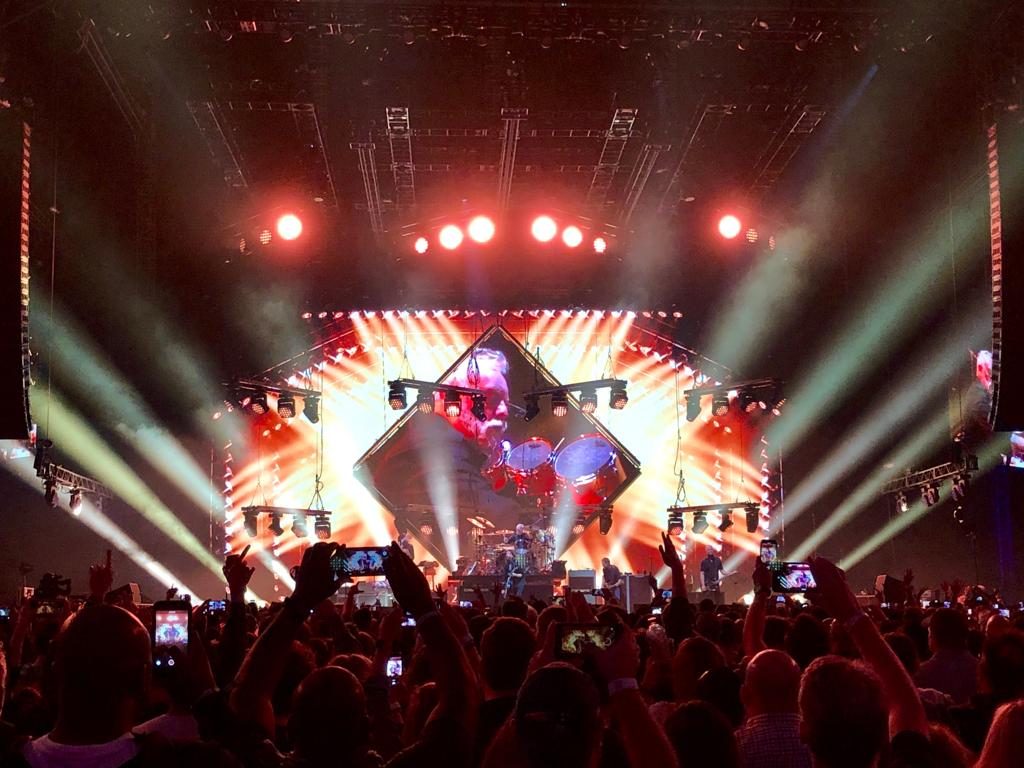 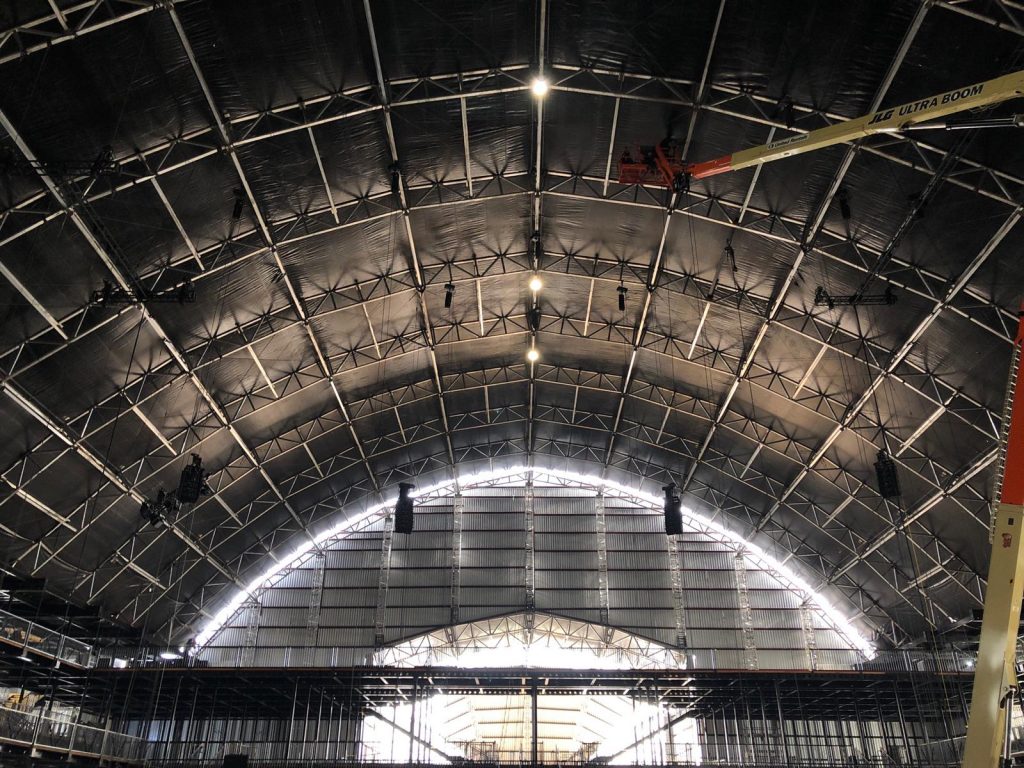 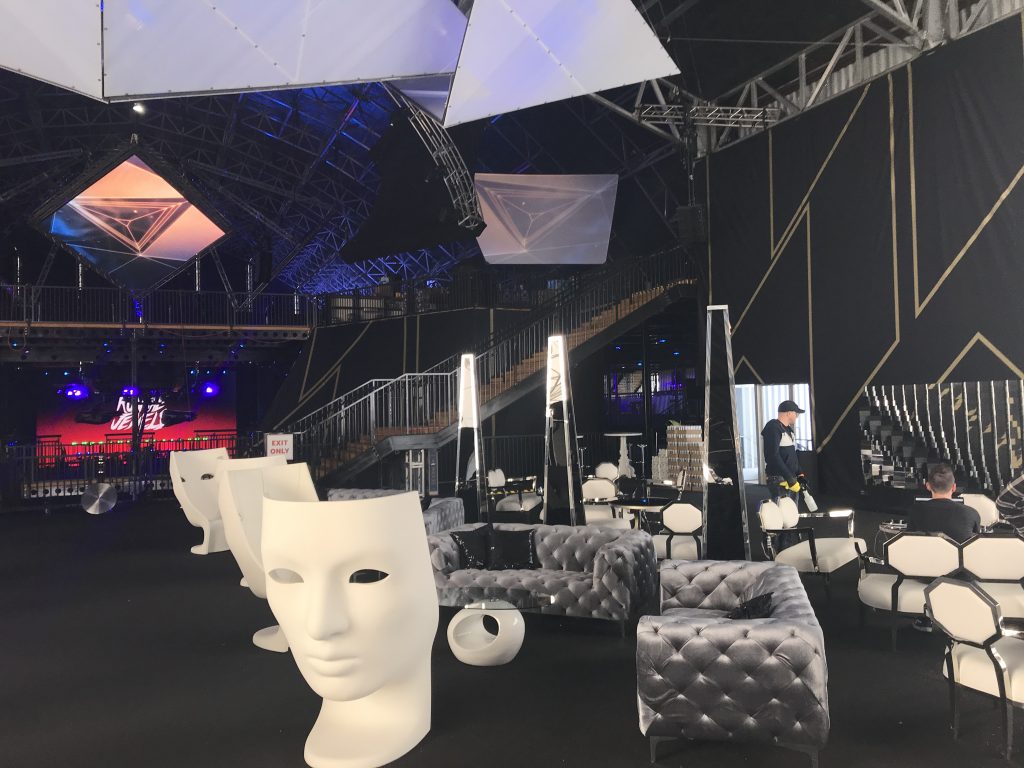 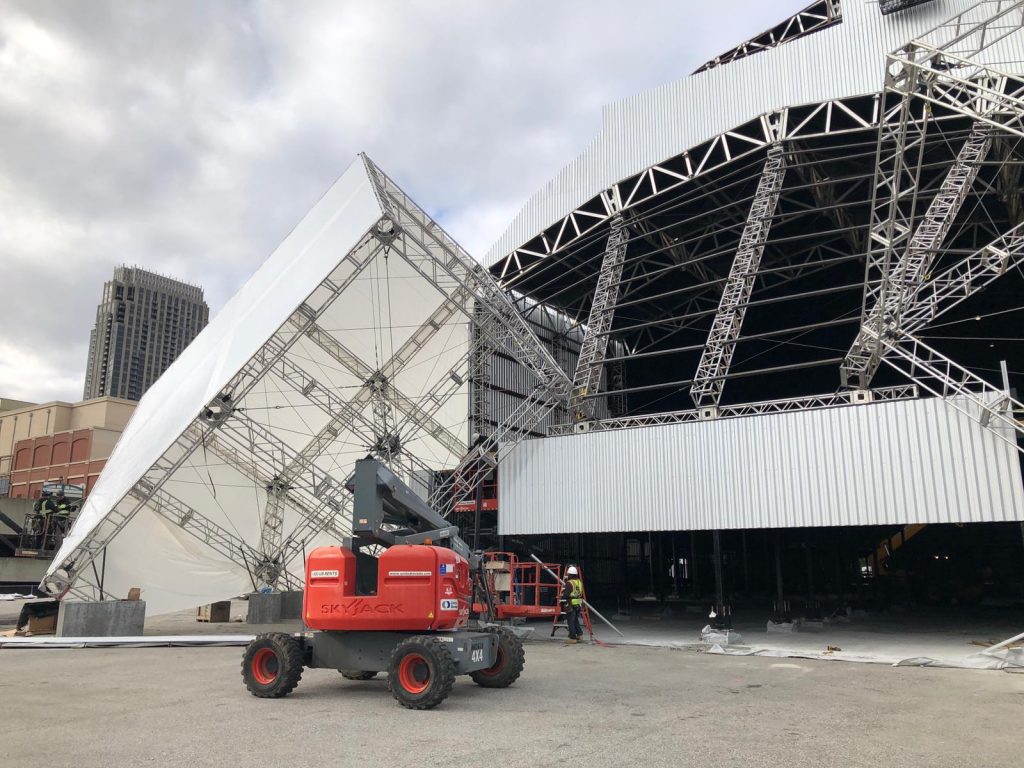