Classic Brits and L-ISA  – Everything in its right place

It’s a given really, if you’re going to amplify performance in a British bastion of classical music, who wouldn’t want to do so with a system that enables the sound engineer to place instruments in their correct positions relative to the all the listeners? This was the option offered by Britannia Row when the subject of the rejuvenated Classical Brits came up.

“It came about because we were keen to try the L-Acoustic L-ISA system,” said head of live sound for the Brits, Colin Pink, “And the Royal Albert Hall were also keen to hear it. Initially myself and Brit Row MD Bryan Grant went to L-Acoustic’s place in Highgate to hear at demonstration of the system. We suggested to them this could be a good introduction for all concerned; a win, win situation.”

That said, this was to be no small undertaking, a completely different approach to rigging a system is required, no simple left right stereo deployment, the multiple loudspeaker hangs would be right across the top of the performance platform. “It worked very well and scheduling was on our side,” explained Pink. “Angus and Julia Stone were due to perform on the Sunday before the Classic Brits and as a Brit Row client this meant we were able to pre-rig the L-ISA system and have a good work-out with it.”

“It could have been tricky otherwise, Classic Brits leaves little room or time for experimentation, the load-in is Monday with PA normally going in first, but you can’t do a lot with it until everything else is in and up, which could be all day. Then rehearsals all day Tuesday, and show on Wednesday. It was Lez Dwight at Brit Row who suggested we stretch the time by putting the system in for Angus & Julia, their management were in agreement and L-Acoustics were supportive of that idea.”

The changes wrought to the rigging of the system proved a boon in one aspect, in that it greatly reduces the problem of sightlines for cameras. “Fundamentally it goes across the front of stage. We had five main hangs across the top of what you might consider the prosc’ position and two side hangs. All loudspeakers were Kara with a centre cluster of KS28 Subs. Normally you might do two long hangs of K1 Left & Right, maybe eighteen cabinets a side, with corresponding pair of side hangs (maybe K2). This in contrast was more hangs but shorter arrays and over-all less kit, and more distributed weight loading for the same energy of sound delivery.”

The resultant performance proved ground breaking. “It’s all about separation, the L-ISA system provides a better means of placing things within the audio image. Extra headroom is another benefit; you’re not stuffing everything down a L/R system. The amazing thing is the off-axis imaging; you get the sense of the placement across the whole of stage from most positions in the audience bowl that in turn, improves clarity. To be honest the benefits were even better than I had expected.”

“I think everyone at Brit Row is impressed with the system. Brit Row’s long-standing relationship with L-Acoustics and the underlying ethos behind the evolution of their product range, means Brit Rows understanding of how the hardware works is unequalled. They are simply the best placed company to try out L-ISA in such a show. And because they are all so good at what they do, and how they apply their knowledge, it went really, really well.” 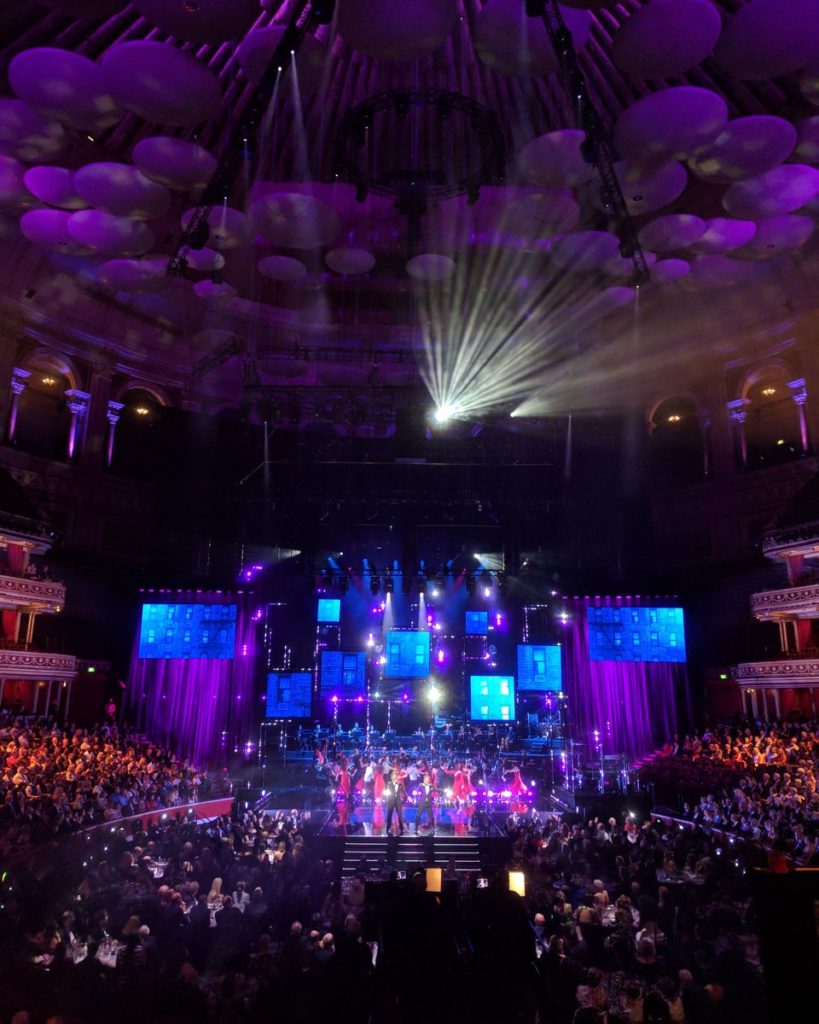