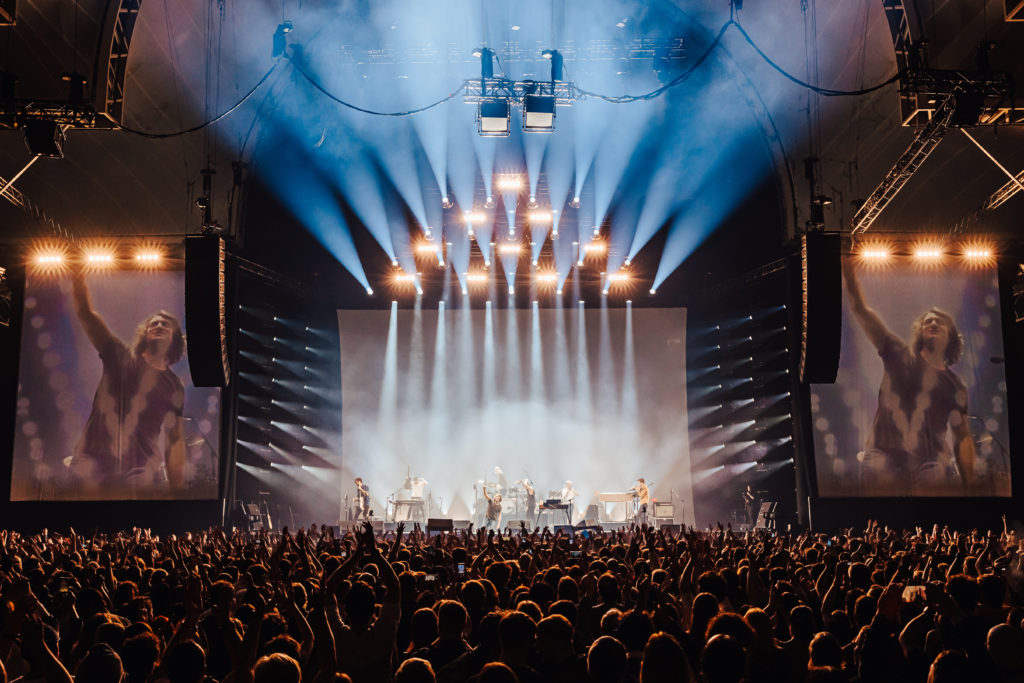 Clair Global, Eighth Day Sound and Britannia Row Productions were proud to supply audio equipment and crew for Scottish singer / songwriter Paolo Nutini, as he embarked on a sell-out UK tour; his first in five years.

The tour was handled by Clair Global Account Manager, Andy Walker, with assistance from Brit Row’s Tom Brown. The team, based in Twickenham, facilitated the delivery of a d&b audiotechnik KSL PA system from Eighth Day Sound’s inventory, as well as Solid State Logic and Allen & Heath desks, a host of outboard gear, skilled touring personnel, operations and tour support.

“The KSL system is brand new to us as a tour,” says FOH Engineer Ben Findlay. “It was available during the summer for a festival, and it sounded really good, so we decided to give it a go. It has a very authentic depth of balance, so you can have things quiet in the mix and they’re still lovely and audible. Using this, you don't have so much of a masking effect going on, so you don’t have to upend your balance to make everything work.”

In rehearsals, Nutini and his band were meticulous in wanting the new material to sound as close to the record as possible, while also taking the time to deconstruct and rebuild some of the older songs, which meant Findlay would have to adapt his mixes accordingly.

He selected an SSL L550 for the task, with a host of outboard gear including a Leslie simulator, an analogue delay, a SansAmp distortion pedal, two Rupert Neave pre-amps, a tube compressor, a Summit Audio DCL compressor, and his ‘go-to toy’, a Bricasti M7.

“All of the outboard comes into play at different times,” Findlay says. “The DCL compressor is for the main vocal and spare vocal channel as they come into the console. We also have the vocal mics sub routed into the SSL pre-amps on stage as a backup in case something happens at FOH. Because of Paolo’s dynamic range, we prefer doing it all in the analogue domain as it seems to work very well for his voice.”

For the microphone package, the team opted primarily for DPA; two dFacto, four 4011’s and four 4099’s. “We love the DPAs” states Monitor Engineer, Grace Howat, it’s the only brand that can really handle Paolo’s roar!”

Howat opted for an Allen & Heath D-Live to create her tailored mixes; a desk that she knows “inside and out”.

“The D-Live is fast, so it allows you to work very quickly, and you can handle a mixture of wedges and in-ears very easily,” she explains. “It's got a lot of depth to it, the processing is great, and it sounds fantastic. I've also got an IP8 controller at the desk, which is doing some specific channel sends to particular mixes. This means I can grab things in a hurry and make adjustments during a song as a cue might require, whilst not having to navigate away from my main mix and make an adjustment on the fly. There are some things in the set that I always do that with, so it’s a very useful thing to have to hand.”

A further IP8 and an IP6 are deployed on stage; one for the drummer with particular channels in his personal mix, and one for the keyboard / guitar player, who is over on the far side of the stage and out of Howat’s eyeline.

Underneath the desk, Howat has an amp rack with four d&b audiotechnik D80 amplifiers and an L-Acoustics LA12X.

“I’m using L-Acoustics A15 as side fills, which are really just filling in the corners of the stage when Paolo goes for a walk,” she says. “The band all have their own IEMs, but Paolo is all about wedges. We have also added a handheld radio mic system by his request. He goes out front in a certain song in the encore and he wanted a mic that he can grab rather than having to take the main cabled mic down there.”

Howat also deployed d&b audiotechnik M2 wedges on stage, as well as the L-Acoustics A15’s, which serve as the side fills on the ground, tilted up.

“Paolo’s mix is quite light on the drums, but he loves singing to the bass, as he writes a lot of his songs with a bass guitar,” she says. “It’s an unusual position to take, and not the easiest one because venues and bass are quite a variable equation! Luckily, Paolo and I have worked together for a long time so there’s a lot of trust there.”

The tour’s touring audio team was completed by PA Techs Luca Segre and Fergus Mount; PA System Tech, Callum Rogers; Stage Tech and Audio Crew Chief Chad Chadwick. The crew led Nutini’s tour through a variety of venues across the UK before a short US tour ensued where they picked up audio reinforcement from Clair Global in Lititz.

Clair Global’s Andy Walker says: “This tour provided a great opportunity to demonstrate how all of Clair Global’s affiliates are able to seamlessly come together to ensure worldwide support. It’s our pleasure to do so for such a fantastic artist and team.”

In December Nutini began a residency at Glasgow’s OVO Hydro to mark his live homecoming following the success of his latest No.1 album, Last Night in the Bittersweet. 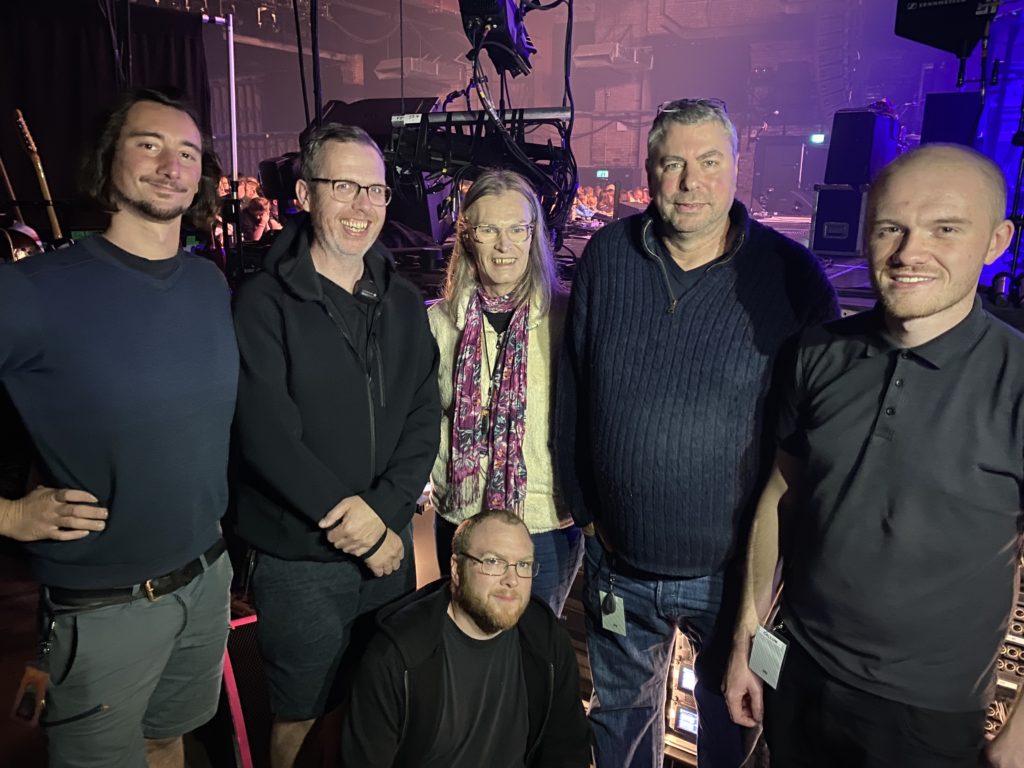