Taiwanese singer and film star, Jay Chou, has amassed millions of fans across the globe, starred in Hollywood blockbusters, broken records for the most expensive live production in Australia and sold over 30 million albums worldwide. He recently entrusted Britannia Row Productions to deliver the biggest PA rig that Britain’s largest indoor venue, London’s 02 Arena, has ever seen.

For the final three concerts of Chou’s 120-date The Invincible 2 World Tour, The Asian King of Pop, as he’s known to the Western media, played two nights in London before deploying the Britannia Row rig for a final show at Paris’ Accor Arena. These three shows were promoted by Europe’s leading Asian concert promoter, Magic-Sound Entertainment.

Britannia Row Crew Chief, Scott Maxwell, said: “Jay is a huge star. We’re essentially working with a stadium-sized PA in an arena-sized production. Everything else in the design had to shrink down to fit inside the venue, but the PA remained the same.”

The entire production weighed in at 107 tonnes and used 208 overhead motors, 44 automation points, 274 rigging points, 14 under-stage lifts and featured a four-minute 180kg confetti hit, meaning the audio delivery had to have ample impact. Britannia Row’s Josh Lloyd designed an L-Acoustics system for the European dates, which featured main hangs of K1, flown K1 SBs, K2 delays and K2 under hangs below the main K1 hangs. The system was powered by 72 LA8 amplifiers and used Lake processing.

Maxwell continued: “One of our biggest challenges in the audio team was working between multiple departments who were all using aerial equipment – there are so many design elements going on, it’s unlike any other show I’ve worked on. It’s been such a lovely environment to be a part of; everyone has worked so well together, despite any language differences.”

The show itself – led by Production Manager JC Chen -  is three hours long and spans a multi-genre concept with various themes running throughout. The production takes the audience on a journey through pop, classical piano ballads, hip hop, and guitar rock, while clowns, choreographed samurais, sailors and dancers enhance the overall performance. Chen said: “Having Britannia Row on board puts my mind at ease. Even with cultural and language differences, the Brit Row team was outstanding in every aspect - from all their gear and the sound system, to helping the show with their great technology, service and attitude.”

Chou’s long-standing FOH Engineer, Drexel Rrez Moliere, noted: “To perform a show with lots of genres is very common for Asian artists - it’s the style of the market - so no matter where he plays, the fans expect a huge production and a lengthy, ever-changing performance.”

Moliere, who was the first engineer to mix on a K1 rig in Asia, has worked with Chou for 19 years. “It’s a challenging show to mix but Jay knows exactly what he wants, and I know exactly how to deliver it.

“I really like this configuration with the main hang of K1 and the K1 sub right next to it. Everything Britannia Row did on these shows was right, I’m so impressed with their skills and their service. I have worked with a lot of different companies around the world, and I have to say that Britannia Row really are world class. The attention to detail the crew give really makes them stand out.”

Moliere, who mixed on an analogue desk which was carried from Asia, describes his FOH mix as “pretty loud, with lots of bass and wide, even coverage.”

“Jay is used to getting the best out of every song,” added Moliere. “As an engineer, when you have Britannia Row on your side, you don’t have to worry about a thing. That’s invaluable to me because I can concentrate on mixing the music, and that’s the most important part of my job.”

Moliere also commented on the audio crew’s dedication: “After the load-in in London, everyone was tired and winding down when we heard a buzz coming from FOH. We were touring with power from China, and if anything is not quite right with an analogue desk, you hear it straight away. The Brit Row team fixed it immediately using a TX transformer buffer. With the correct 220 voltage, it was so clean and isolated.”

“You can ask this crew for things all day and they deliver within minutes,” enthused Moliere. “They’re a pleasure to work with, and I couldn’t ask for better attitudes from a rental company. The Britannia Row team is just magic!” 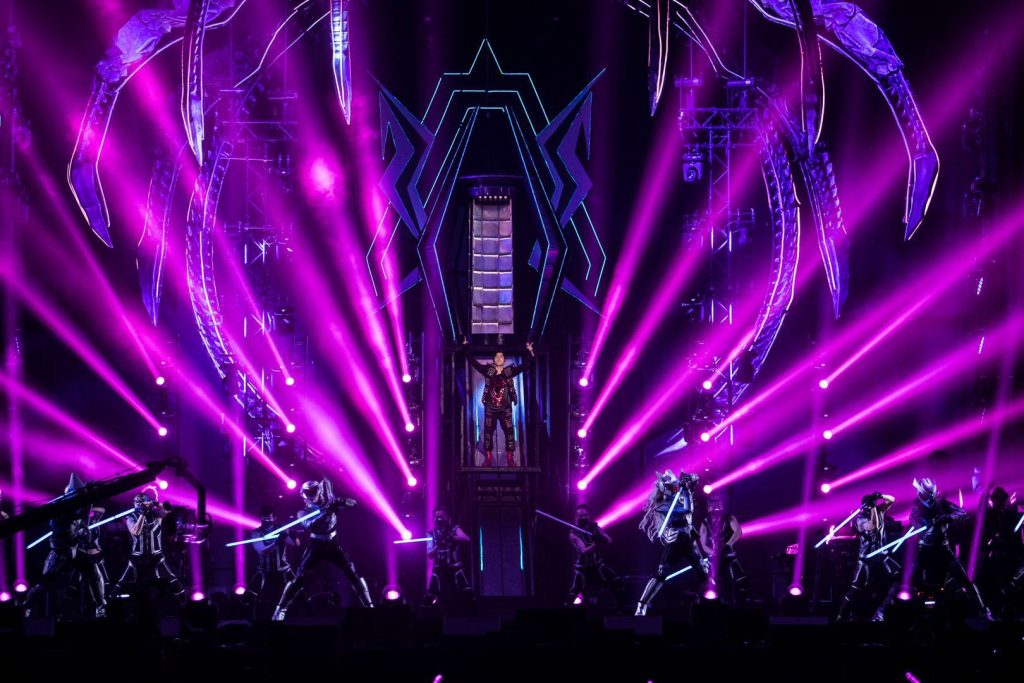 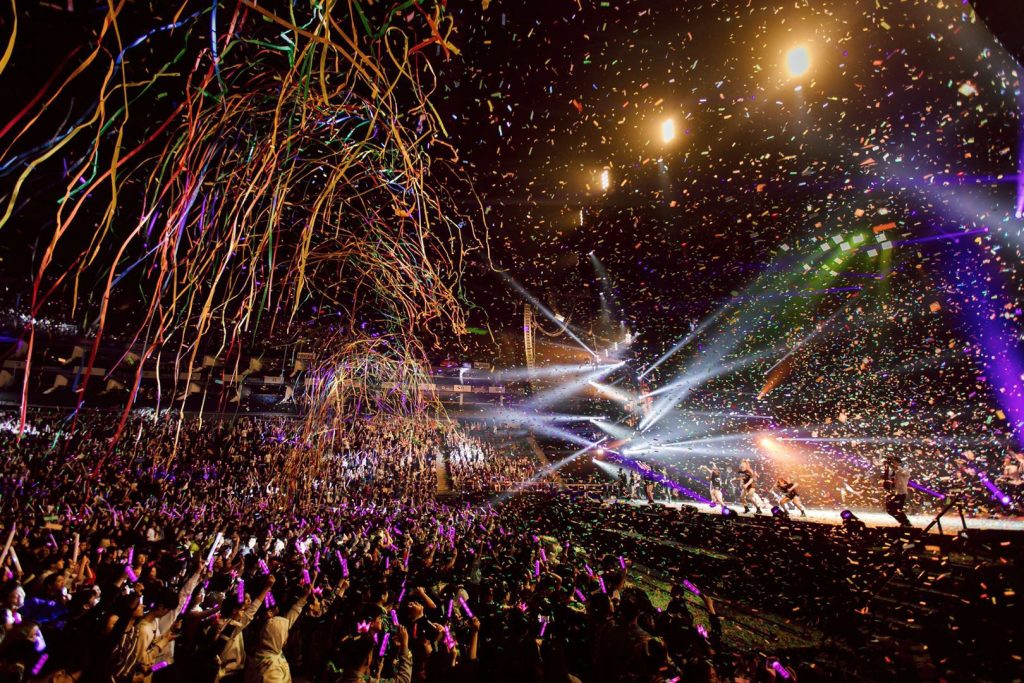