The L.O.L. Surprise! LIVE VIP Party was one of the few productions to forge ahead with a full-scale arena tour in late 2021, despite Omicron-related uncertainty at times. It’s continued to wow young audiences well into 2022 with its dynamic and vibrant sound design and sense-popping party features with bubbles, projections, confetti, and holograms.

Combining the energy of a concert and club in a family friendly environment, the L.O.L. Surprise! LIVE VIP Party was designed to give fans the chance to dance and have a good time with their favourite L.O.L. Surprise! characters, which meant that the audio system – provided by London-based rental company Britannia Row Productions – had to be as flexible as it was reliable.

Working on behalf of Full Stop Productions, Creative Director and Choreographer, Bart Doerfler, imagined a big rock ‘n’ roll look for the show, which meant the PA system could be visible in the overall show design. However, as a large portion of the performances took place on a dancefloor between VIP seats and the front of the stage, it meant that a traditional L/R audio system would need a clever re-design.

“While designing the system, I had to keep in mind that the load-in and performance would take place on the same day, with just two travelling audio engineers,” said Sound Designer, Bart de Wit. “I’ve toured similar shows, so I’m aware of the time constraints and the need to keep things relatively simple.”

These factors culminated in a design where the flown PA consisted of four hangs of L-Acoustics KARA II.

“The main hangs are rigged in the gaps between the triangular lighting pods,” explained de Wit. “Their trim, where possible, matched the bottom of the lighting rig to aid sightlines, and as there are plenty of cabinets in total, it gave the show the desired ‘big rock’ look. In production rehearsals, we discovered some elements had changed position from the initial design phase and were shading the side hangs. A quick redesign, where the side hangs moved to the outside of these elements, resolved the shading but in turn created a small gap in coverage of the VIP section.”

To resolve this de Wit added three boxes of L-Acoustics A15W per side to fill the gap, while three X15’s were flown inside the lighting pods as spot fills in order to minimise sightline issues for the younger, smaller family audience. Finally, boxes of X8’s were added as lip-fill, to ensure that the show’s dialogue could be heard well in every seat.

“Lez Dwight, Britannia Row Director and our account handler for this tour, was fantastic in sourcing the extra cabinets we suddenly required, and he ensured they were delivered in time for try-outs,” added de Wit.

As the show is primarily aimed at a younger audience, the audio team decided against introducing massive levels of LF energy, settling on L-Acoustics KS28’s to provide all of the low-end energy and design nuances. Monitoring was handled by a single KS28 and three A15W’s per side, while a single X15 was enough for the performance area on the arena floor.

The system was driven by L-Acoustics LA12X amplified controllers, with PA matrixing handled via Lake LM44’s at FOH, and LM26’s in the amp racks.

“At FOH, we settled on a Yamaha Rivage PM5,” explained de Wit. “For a while, I debated using a CL Series console, but with limited rehearsal time and a younger audience who can become very vocal, we decided the extra DSP in Yamaha’s Rivage range might suit this project better. My preference for this show was always Yamaha as having toured similar concepts in the past, I know how important reliability is; Yamaha gives me that reassurance.

“Tom Rundle at Yamaha was a great source of information when it came to choosing the right package, and decisions were always made by consulting the Head of Sound, Sean Gallacher, as he would be using the desk. We use the console in Theatre mode, which is an outstanding feature that saves time and headaches with its performer libraries.”

Playback for the show came from a redundant pair of Apple Mac Mini’s and was sent to the Yamaha via DVS. Both Systems were running Steinberg’s Cubase 11 Pro.

“Music was delivered to us by Marco Kuypers at Park View Audio and was in multi-track format, allowing an excellent level of flexibility and creativity,” enthused de Wit. “As time was of the essence, some production numbers were delivered in parts, and more tracks were added later, but having a linear timeline made syncing files easy.”

The team opted for a Shure Axient RF system with 18 beltpacks and four handheld microphones.

“The beltpacks were initially fitted with DPA 4088s, but these are slowly being swapped out for DPA 4488s,” said de Wit. “As part of the performance takes place in the middle of the arena in front of parts of the PA and surrounded by the audience, rejection of unwanted noises was an important consideration.”

All RF was fitted to a dedicated stage rack, and channels could be monitored through Wavetool.

de Wit noted that although “various parties quoted based on the design, and all would have done a fine job,” he turned to Britannia Row due to the comfort felt with past experience. “Having previously worked with Britannia Row, I knew I was in good hands with Lez and Tim Mole and that the delivery would be excellent. The complete package was very well thought out and, in some instances, with their support, even improved on my ideas. It’s great when people come together to help to create a package that is easy to tour and also quick to put together.”

Tony Worgan, a producer at Carter Entertainment, commented: “L.O.L. Surprise! LIVE VIP Party has been a thrilling ride and we’re excited to share a show that is so much more than a family experience; it’s a concert and dance party all rolled into one. Without collaborative and innovative partners, it would not have been possible. The vision was to build a show that everyone in the family could enjoy, with a concert vibe. This required us to engage with the experts in the world of sound, and it quickly became apparent Britannia Row was a natural fit. We are extremely grateful for them and thank everyone else involved in the creation of what we believe to be the best family show ever produced.”

Brit Row Director, Lez Dwight concluded: “It’s been a pleasure to support Bart and the wider L.O.L Surprise! team. It’s important after all the world has been through, that the youth are able to attend and really enjoy suitable concerts. Thousands were able to make unforgettable memories at well produced and directed shows across the UK thanks to these playful events.” 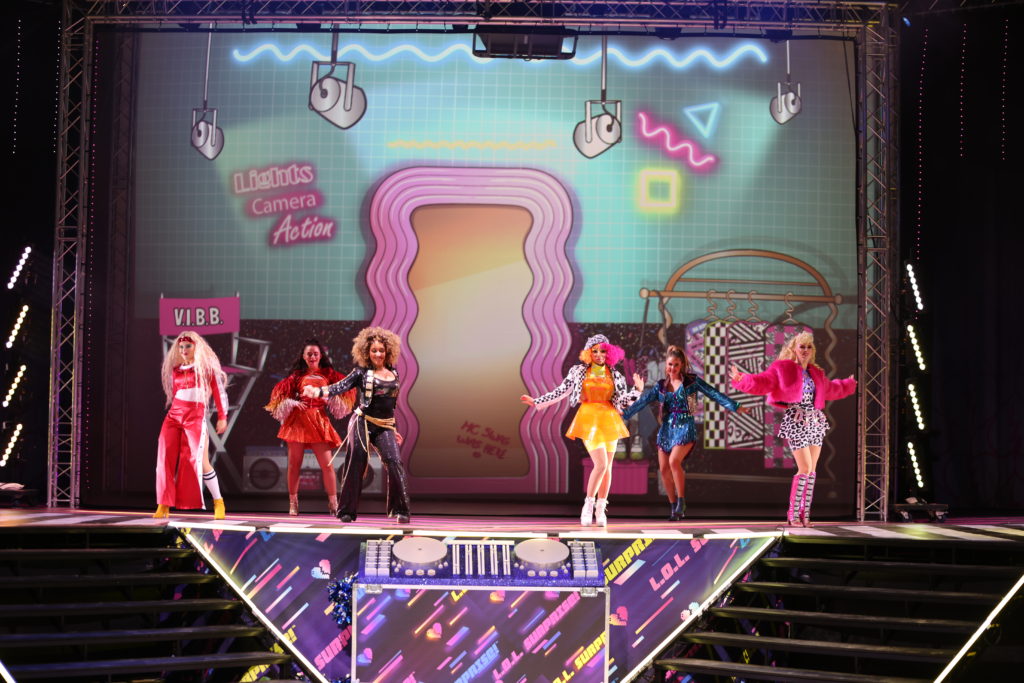