Brit Row supplied a comprehensive audio package and crew to ensure the final’s pre-match entertainment was as victorious as the finale. 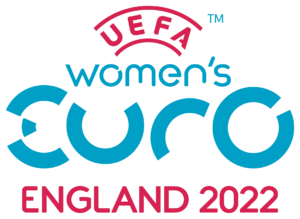 When the England women’s national football team made headlines this summer by reaching the UEFA Women's Euro final – which was to be held at Wembley Stadium, no less – the organisers knew that the eyes of the entire country would be on them.

With such a high-profile job to undertake, and the Lionesses in line to win the competition for the first time in their history, only the most reliable technical suppliers could be trusted to ensure the show went as smoothly as possible.

Creative production specialist Mass Movement Management Ltd, which has overseen work on many a prestigious sporting event was awarded the contract as lead creative agency to  create and produce both the pre-match Opening Ceremony at Old Trafford and the TV-driven Closing Ceremony final show production featuring Becky Hill.

Nadia Raibin Managing Director at Mass Movement comments: “Mass Movement were excited to have won the pitch for this remarkable tournament. Our fresh creative ideas and innovative approach met UEFA, the FA and PEPSI’s requirements which was to create the perfect pre cursor for the tournament for the Opening Ceremony and then to celebrate the Final at Wembley with a state of the art final production. With 16 broadcasters taking the live feed we focused on providing a music-based TV driven entertainment spectacle.”

The production teams created two stages (Pepsi’s A stage in the South Stand designed to minimise pitch damage and a smaller satellite B stage centred on the specially designed-pitch carpet.

She adds: “100 dancers supported Becky Hill’s performance, alongside Ultra Nate and Stef LonDon. The end result was an electrifying and visually empowering setting which was the perfect scene setter for the Lionesses to make history.”

Mass Movement together with their stadium partner E360 brought in Britannia Row Productions to supply audio kit and crew for the show, recognising the company’s pedigree when it comes to such an important and high-pressure televised event.

FOH and Playback Engineer, Simon Fox, has mixed sports presentations and FA matches for Brit Row since 2016, including the men’s and women’s FA Cup finals, international games, the Community Shield, and the men’s Euro 2020 closing ceremony.

“The atmosphere was amazing,” he said. “Unlike with the men’s matches, there was a much more family friendly vibe and it was great to see fans and supporters from both teams sitting next to each other and enjoying the match.”

Fox’s primary role at the event itself was to mix the presentation side of the preshow entertainment, which meant staying on top of presenter mics, music, and video content.

He chose a Yamaha QL1 to deal with all of the inputs and outputs, and a dual-redundant QLab playback system connected over Dante via DVS, with the audio switched by an Autograph Signature series X-Dante. The crew added DiGiCo SD11s at FOH and monitors to provide audio support for incoming artist Becky Hill, which were connected over fibre using the house patch.

“Our FOH setup is well-refined after a few years of experimenting, so I was really comfortable with the kit I had,” Fox explained. “The Autograph X-Dante in particular amazes me. It seamlessly switches up to 64 channels of audio over Dante without any audible switching, which is ideal for a show like this.”

Fox also opted to use a separate QLab playback system – again connected by Dante – and integrated this onto the optical loop using a DiGiCo Orange box.

“Wembley Stadium is a big venue with nearly 90,000 seats, so there’s a very long reverberation time, which always provides a challenge,” he said. “Ensuring the content played out is adequately loud and intelligible is paramount, especially once the fans start cheering. That said, the knowledge that Brit Row are providing audio on a production like this always instils confidence that the sound equipment and technical support will be second to none.”

Although the in-house PA setup at Wembley was more than adequate for this particular application, Brit Row – via Account Handler Tom Brown – supplied a variety of auxiliary kit including a Shure PSM1000 IEM system and Pioneer DJ equipment.

“We specified a selection of Shure, DPA, and Sennheiser mics for Becky Hill and other guests, and a full playback and recording system,” said Ben Morris, RF/Audio Technician. “We also had a Yamaha MSP5 Powered Reference Speaker on stage and a Shout PGM speaker as part of the stage package.”

Comms Engineer Gabriel Stott was responsible for guaranteeing intercom facilities between the crew and broadcast team, while Antoine Bataillard served as PA Technician, and Luke Cohen was the Stage Technician.

“It was quite a complex job because we had to deal with a lot of individual needs, and make sure everyone was connected so they could operate stress free,” Stott said. “A major complication came when we had to move the wireless intercom antennae closer to the pitch several times in the two hours leading up to the show. This was due to the German TV team arriving with the same intercom system with the same license free frequencies. Everything was resolved amicably in the end, so no fresh kit needed to be delivered to make it work.”

Stott also oversaw the walkie-talkie system, as well as both wired and wireless intercoms, with a shared show channel that had to be interfaced together across different locations around Wembley Stadium.

“It was amazing to be back with Brit Row as I did some training with them in 2017 and worked on and off in the warehouse before going on to specialise in comms for another company,” Stott said. “The pandemic forced me to move back home to Portugal where I grew up, and I had little hope of working in my field, so I am absolutely chuffed to be able to work with the company once again.”

Despite the pressure on the Lionesses’ shoulders, the team went on to beat Germany 2-1 thanks to an extra time goal from Manchester City WFC’s Chloe Kelly, making the finale show all the more spectacular for the thousands in the stadium and millions watching at home.