Britannia Row Productions is providing equipment and personnel for Scottish rock royalty Simple Minds as they play an extensive world tour consisting of over 80 shows across more than 18 countries.

Simple Minds’ 40 Years of Hits Tour, which included a homecoming show at Glasgow’s OVO Hydro, celebrates an impressive four decades in music for the genre-defying band and features a set spanning their back catalogue.

Britannia Row Productions – Simple Minds’ audio supplier of choice since 2012 – re-joined the band for this ambitious arena run to provide a full PA system, FOH and monitor consoles, and a hand-picked crew of sound specialists, all under the watch of Production Manager Glen Thomson.

“I’ve used Brit Row for every tour I’ve done in the last 10 years. On every level, from just supplying a control package for an opening artist, to the full arena system, they have always given the same first-class service and attention to detail.”

FOH Engineer, Olivier ‘GG’ Gerard, who joined the Simple Minds audio crew in 2008, chose a Solid State Logic SSL L200 to create the band’s polished live mix, striving to get as close as possible to the album version of each track, in spite of the vastly different production levels.

“If I can’t emulate the record for one reason or another, I’ll at least try to replicate the signature sounds of each song, along with its specific dynamics and sonic colour palette,” he said. “I try to respect the time and hard work they put in during the studio sessions, but obviously this is challenging when you’re working with 40 years of music ranging from rough and punky to new wave to rock. It takes a lot of programming and research.”

GG started out using various other consoles and was initially intimidated by what he perceived to be SSL’s complicated workflow.

“I had three months off in between tours and finally decided it was time to learn the desk,” he said. “After a crash course I’m really comfortable on it, and it sounds fantastic. When I’m mixing, I need to be able to immerse myself in the music and not worry about the technicalities of the desk, so I just try to choose the tools that get me in the zone.”

With 56 inputs on stage, he keeps his outboard relatively basic with TC Electronic, Bricasti, and Lexicon reverbs, an Empirical Labs Distressor, a BSS DPR 901 dynamic EQ, an Avalon preamp / compressor, and an SSL Fusion processor.

“Simple Minds Vocalist, Jim Kerr, uses a Shure Beta 58A, as that’s what he’s most comfortable with,” GG explained. “In terms of the PA, I need to trust whoever is looking after it. In this case, our System Engineer, Dan Fathers, is completely reliable. He understands what I want, gig after gig, despite us not having had that much time to prepare.”

Fathers is in charge of an L-Acoustics system, based around a K1 main hang with K2 for downfill and sidefill. He’s deployed flown KS28 subwoofers behind the main arrays, KS28 on the floor, A15s for outfill, and A10s for lipfill. The system is driven by LA12X amplifiers.

“We’re flying the subs in cardioid to try and prevent noise or sub bass on stage because the band don’t really like it, and the same goes for the ground subs,” Fathers said. “We’ve just started using the new update on Soundvision, which has given us a lot more control over the mid to low end in K1 and K2. This is very handy for this tour as GG is not a massive fan of low end in general. A lot of my day is spent trying to make sure he’s comfortable at FOH with the amount of low I’m giving him, and distributing to the rest of the audience, particularly up in the Gods.

“Processing and tuning with the P1 and M1 systems, respectively, makes my day a lot quicker too. I do about 20 to 40 sweeps, depending on the venue, and I can do all my time alignment and EQ without making a lot of noise.”

At the side of stage, Monitor Engineer Mikey Gibbard was also using an SSL L550 console.

“SSL are hands-down the best mixing consoles in the world for me,” he said. “I don’t even know how to put it into words, in terms of how good it sounds, and the preamps are incredible.”

GG gave Gibbard the multi-tracks from previous shows to take down to SSL for a few days to build his mixes in a studio, before the crew went into three weeks of production rehearsals.

“Bar a few tweaks here and there, they were all happy straight off the bat,” he said. “They’re more like FOH mixes than monitor mixes, with a few nuances, like each player’s instrument being slightly louder. It’s great to listen to, so it’s great fun to mix.”

Gibbard was running 10 IEM mixes plus six d&b M2 wedge mixes; two for the stage right guitarist, one in mono for the bass player, and three spot wedges for the stage left guitarist to achieve feedback during solo sections (due to all guitar amplifiers being replaced by Kemper modelling technology). He’s also carrying a couple of outboard reverb units; a TC 4000 and a Bricasti M7, alongside 7 on board reverbs from the desk, plus two delays and a handful of transient shapers and dynamic EQ. “The desk plugins sound fantastic, as you’d expect from SSL,” he commented.

The audio crew is completed by Gibbard’s indispensable Monitor Tech Daniel Ibanez – “I wouldn’t want to do a show without him” – and System Techs Richard Trow, Eiran Simpson and Meg Clement .

“It’s a cliché to say it, but this crew really does feel like it’s a family,” said Gibbard. “Despite us touring arenas, everyone knows each other and hangs out all night. It’s one of those tours that feels much more like a club tour in terms of how well everyone gets on, which is what I’ve come to expect after years working with Brit Row.”

“Touring is a hard life,” said GG. “You’re away from home and not getting much sleep, and if a show sounds bad for any reason then the buck stops with me. For this reason, you need a crew you can trust and people you can lean on, and that goes for the audio supplier as well as the crew members.

“There are a lot of PA companies around the world, but there are very few that you feel have a real soul. Brit Row has that. They want the best for each tour and that’s much more important to me than the brand of the boxes they provide. Our Account Manager, Tom Brown, always looks after us, and the company knows me well enough after 10 years to make sure each and every crew member is the perfect fit. We couldn’t be happier with the results.”

PM Glen Thomson shared this feeling as the tour reaches Europe with ease: “Brit Row’s kit, crew and backroom staff are exceptional. Given the recent chaos as the industry restarted after lockdown, they dealt with multiple reschedules and changes seamlessly, and with no drama. This was essential to us, as every reschedule involved rearranging different legs of the tour at different scales across Europe, with all vendors scaling up and down, while managing the added post-Brexit complication of carnet creation and management.

“In the past, they’ve pulled an overnight prep on a duplicate control system at very short notice when a freight plane was diverted. I start a tour knowing that Brit Row has my back, and I have the reassurance that they will go to extreme lengths to help in a crisis.” 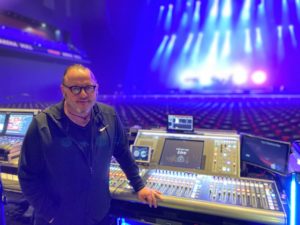 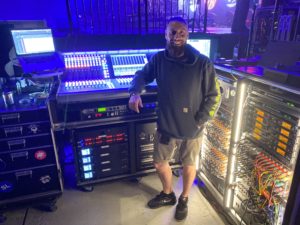 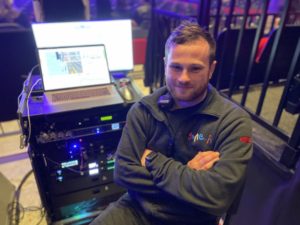 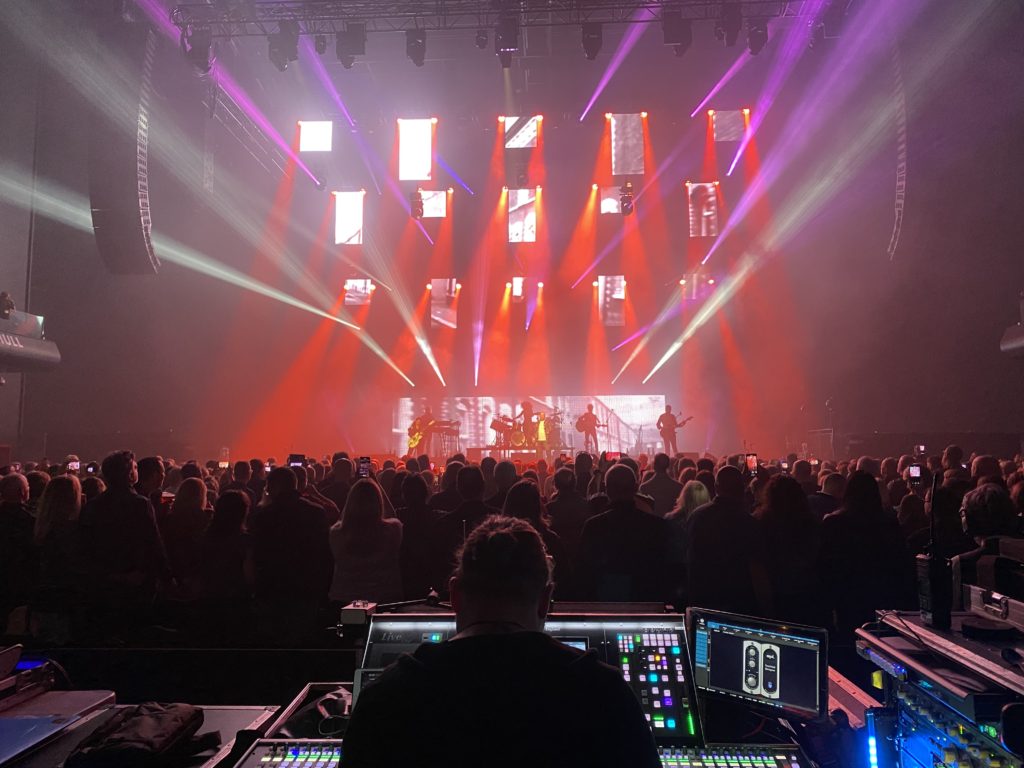