Billie Eilish and brother Finneas offered their support via video link, showing they were aligned with the cause despite being unable to attend due to tour commitments.

Britannia Row’s Tom Brown ensured the Group’s companies were well-placed to supply the last-minute audio requirements free of charge, while the production suppliers, creatives and technical teams – headed up by Production Manager Paddy Hocken – had just two weeks to create an inspiring event for a live audience and TV viewers.

In true community spirit, the live events industry showed its unique strengths when faced with a sudden and sizable task. The industry pulled together a magnificent show, dealing with each and every hurdle swiftly.

“From my point of view, the PA sounded spot on, and coverage was excellent, considering where the main left and right hangs ended up,” said FOH Engineer Gary Bradshaw after the show. “Each and every job I have been involved with – going back to the mid-80s – with Brit Row has been a great experience and this was no different.”

Monitor Engineer Stefano Serpagli also praised the quality of delivery: “The show was a great success. Thanks to Britannia Row Productions for the opportunity to be part of it - they put together a great team and package in record time!”

Concert for Ukraine was an event raising funds for the ongoing DEC Ukraine Humanitarian Appeal. You can still donate at: dec.org.uk 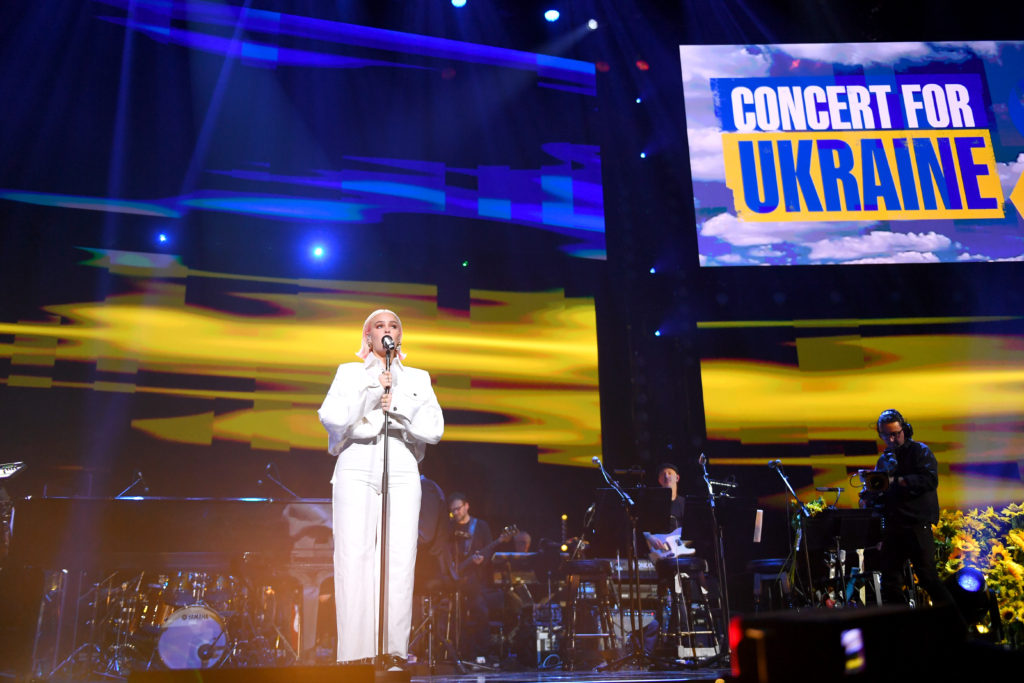