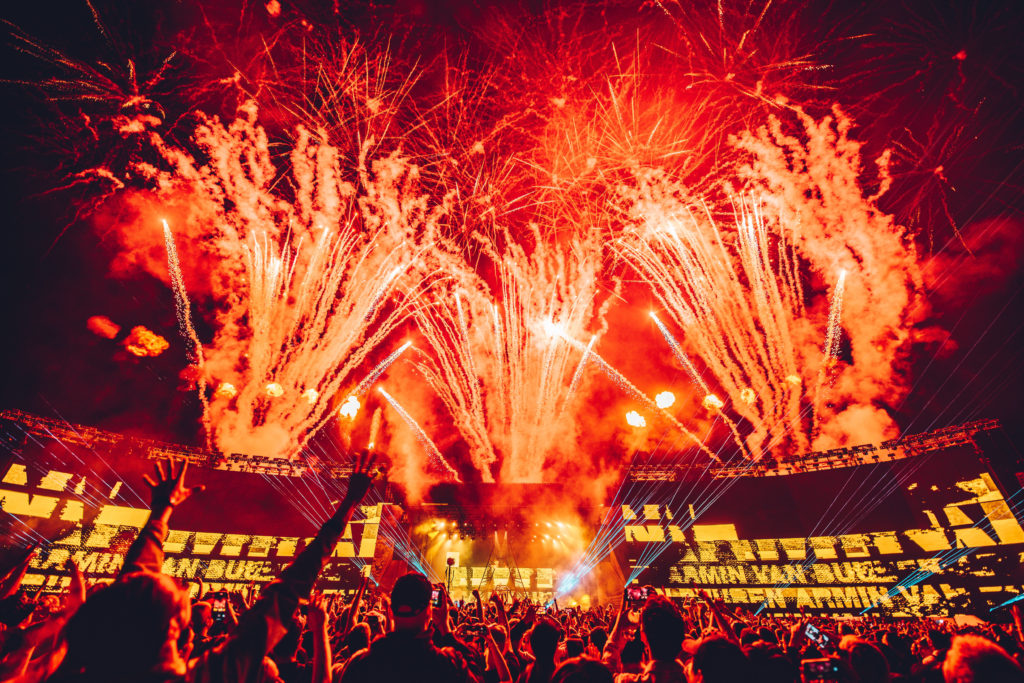 As is tradition, Britannia Row Productions was brought in by large scale event production company LarMac LIVE to provide three of the festival’s most prominent stages (the North Stage, the South Stage, and the Steel Yard) with an audio setup worthy of its stellar line up.

“The equipment we provided was largely the same across all three of our stages this year,” said Brit Row Crew Chief, Alex Hore, who helped to ensure fans had the ultimate live sound experience. “On the Steel Yard stage, we hung the main PA far enough apart to allow for the screen layout for Eric Prydz, but that only needed an adjustment of the infill speaker configuration to compensate for coverage around the front of the stage.”

The North Stage, which serves as one of the festival’s main stages, had a main left and right hang of L-Acoustics K1, with KS28 ground subs and K2 on ground fill and delay duties. Like Steel Yard, the North Stage’s side hangs had to be flown wide in order to stay clear of its large video screens to retain the best sightlines for the fans.

The South Stage was again rigged with an L-Acoustics outdoor setup, albeit on a smaller scale, with some ground-stacked K2 in place of side hangs.

“Of course, with this amount of kit on the outdoor stages, we had to be conscious of noise levels, but we’ve worked closely with Warren King from [environmental noise consultants] Vanguardia for many years and they have a thorough knowledge of the requirements of this site and the festival,” said Hore.

The covered Steel Yard arena had L-Acoustics K2 enclosures for main hangs, with K1-SB and KS28 for bass reinforcement, SB18 for delays, ARCS II as ground fill, and Kara as front fill.

“I have to give Cesar Lopez, who was the System Tech at the Steel yard, a special mention,” said Hore. “It’s a challenging build due to the nature of the structure and the slope of the ground, but he always does a great system set up.”

For a robust control package, Brit Row provided DiGiCo SD5 consoles at both ends on all three stages, with the exception of an SD10 monitor desk used at the Steel Yard. All FOH racks had a Waves Server enabled, as is standard for this kind of powerful event.

“RF was a less challenging set up,” said Hore, of the Sennheiser / Shure deployment. “No acts that required anything more than the odd handheld and IEM system. Each stage had a simple rack with a few channels of each to cover what was required.”

After maintaining this level of technical vendor expertise for another knock out year, LarMac LIVE Production Manager, Ian Greenway, said: “It’s was great to have Brit Row and their team on site once again. Not only do they bring an outstanding service to the festival’s audio offering, but they’re an enthusiastic and dedicated crew to work with.”

“LarMac LIVE and Brit Row have a long-running relationship when it comes to this festival,” said Hore. “Ian Greenway and his team are always brilliant and so well organised. They’re always a pleasure to work with. Having been Crew Chief on a couple of previous occasions here – and having worked on the festival maybe 10 times in total over the course of my career – it’s become a regular feature in my working life. The summer just wouldn’t be same without it!”