On October 23rd at SSE Arena Wembley the world was treated to the premiere of Bohemian Rhapsody, the lovingly crafted Queen biopic. Anything associated with Queen is never less than extravagant and this was no exception with Britannia Row being engaged to provide a concert scale 7:1 sound solution that delivered the authentic Queen experience.

“Knowing Brit Row as I do, as far as I’m concerned if I know they are there, then I don’t need to worry,” said the events’ technical producer Andy Peat of Andy Peat Associates. “Colin Pink, like Britrow, has worked on such events with me and the film’s producers 20th Century Fox before and as with Brit Row, was their preferred specialist; his role being to provide the interface between the audio company and the technical sound department from the film.”

The system, designed by Brit Row’s Josh Lloyd, comprised three hangs of K2 L/C/R and a central cardioid hang of KS28 Subs immediately upstage of the enormous 28m wide screen, with a further L/R hang of Kara at the rear of the auditorium. Three arrays of Kiva down each side of the arena floor plus two Digico SD12’s in mirror-mode for control completed the hardware.

Providing a 7:1 system for an audience of 7,000 was one thing, but other technical challenges arose. “Most movies nowadays are mixed in Dolby Atmos,” explained Pink, “When they fold it down to 5:1 or 7:1 anything in the mix that has been panned to the middle, such as the kick drum, now comes mainly from the centre cluster, the prime source for dialogue.”

Significantly Pink approached Paul Massey, the film’s re-recording mix engineer, “There is a great deal of live sound concert style music in the sound track and naturally reverb and slap-back effects have been added to create the genuine experience of arenas and stadia for the cinema audience: great for them, but completely unwanted in a huge reverberant space such as Wembley. Between Josh and myself we talked through the implications with Paul and he in turn convinced 20th Century Fox. They went away and removed all those effects – recognising that the room would re-apply those effects quite naturally.”

The result proved stunning. “There is a big dynamic difference between dialogue and songs,” said Pink. “The difference was what we’d hoped for, the dialogue didn’t excite the room at all, but when the concert sequences came the room did the work, so it was all very positive. Josh’s design proved to be excellent, I know Massey was thrilled, afterwards he said ‘I’m over the moon.’ 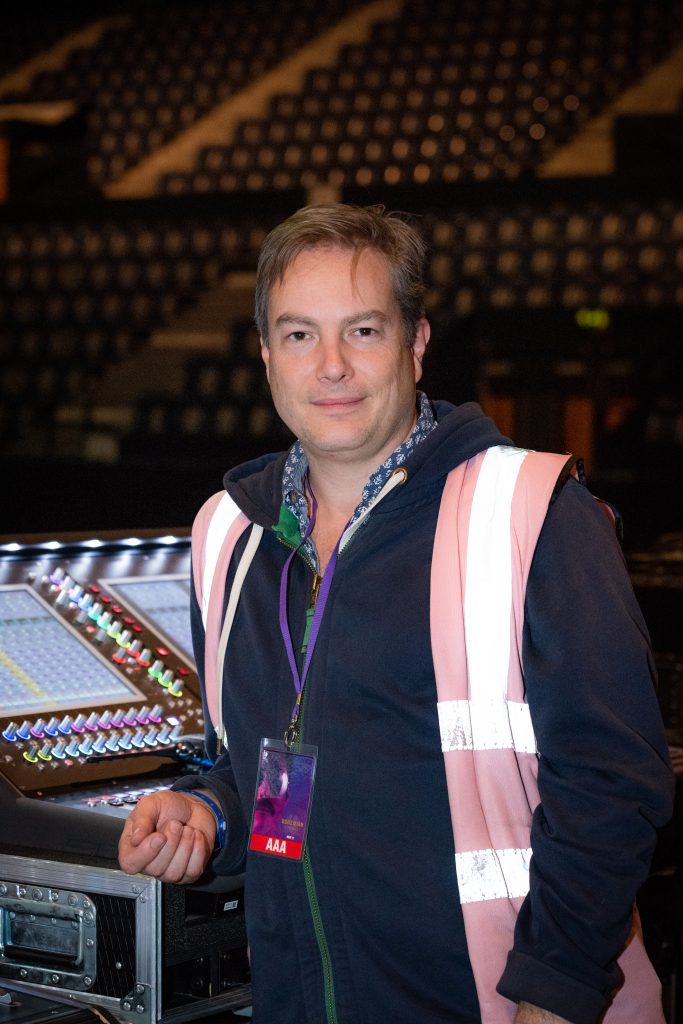 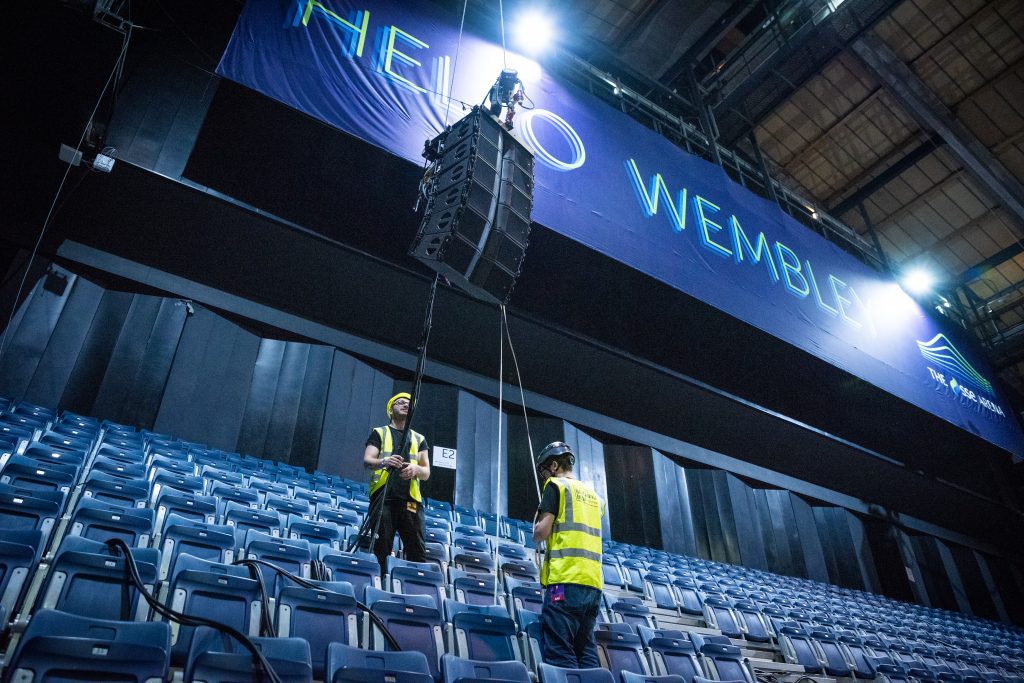 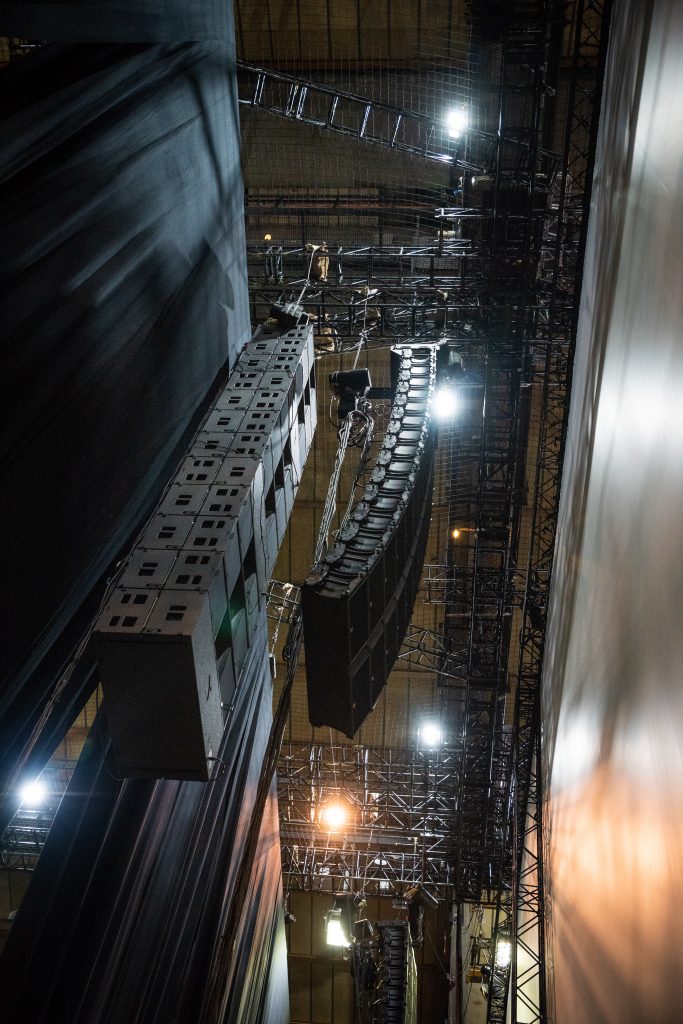 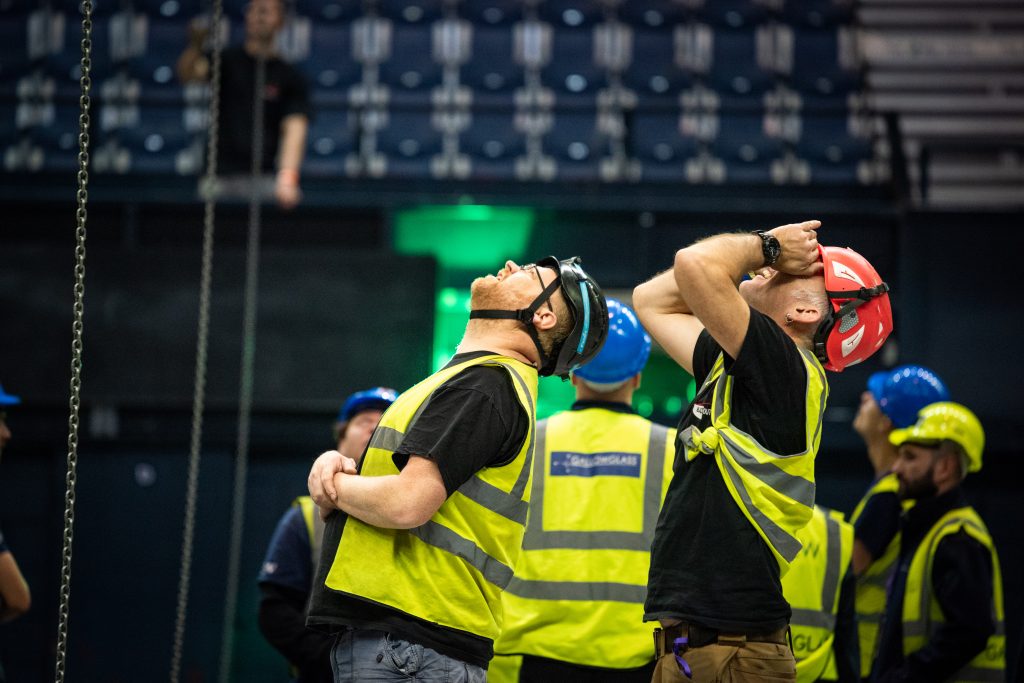