Bands across the water

The brainchild of The Foo Fighter’s inimitable front man, Dave Grohl, CalJam, featuring The Foo Fighters, Liam Gallagher, Royal Blood and Queens of the Stone Age, took place in front of a crowd of over 50,000 in Glen Helen, a spectacular outdoor arena in the California Hills.

The one day festival saw Britannia Row deploy an L-Acoustic K1 system shipped from London, with K2 delays in the field, all supervised by Brit Row’s sales director, Lez Dwight. “I just made sure of the logistical planning,” said Dwight modestly, “It was our guys in the field that made it so successful.” 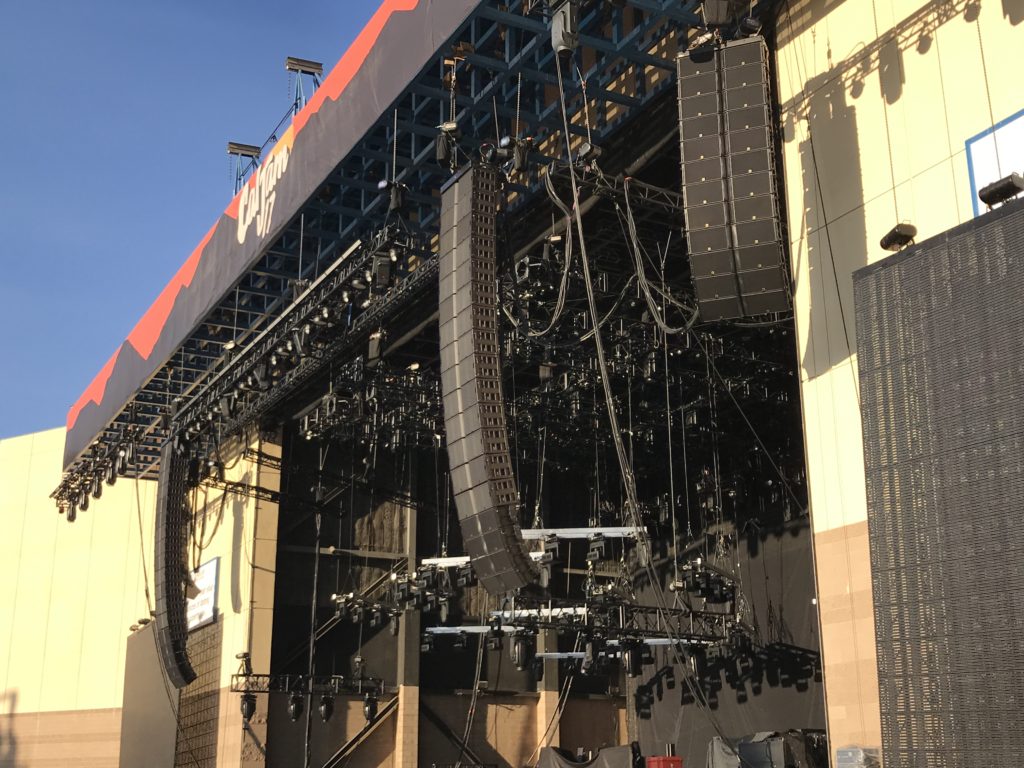 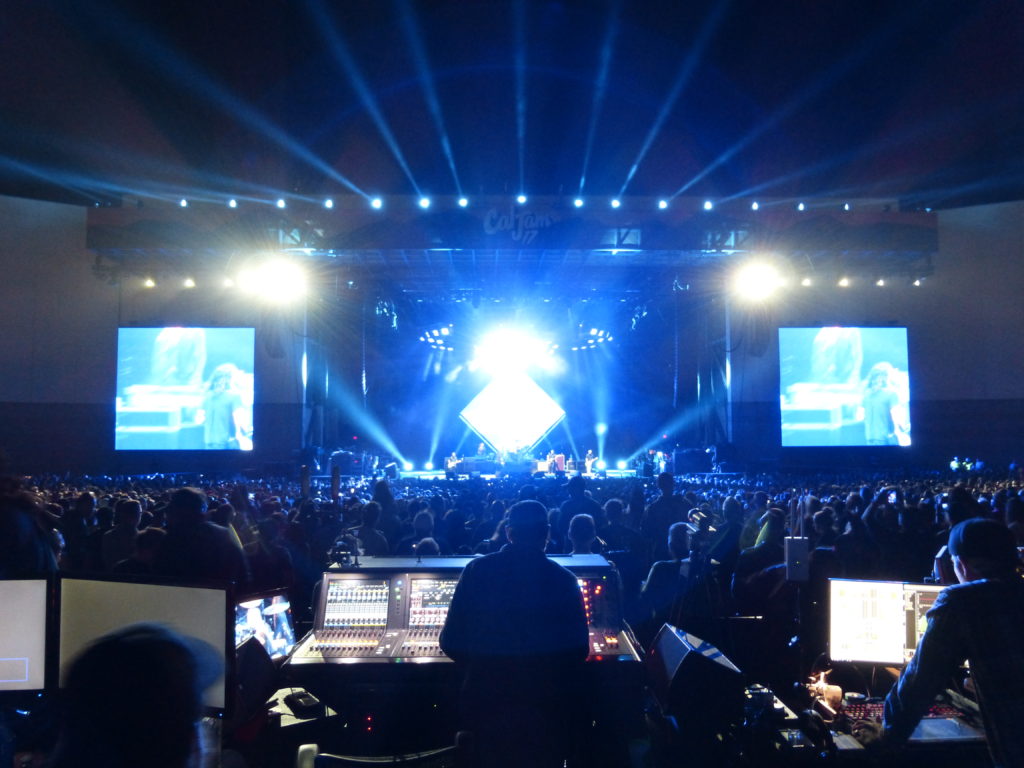 Nevertheless, logic says it’s no easy thing managing a West Coast festival from a base across the ocean, so how and why? Lez Dwight again: “We had shipped the equipment for the current Foo Fighter’s US tour so had the basic infrastructure in place and our recent acquisition by Clair Global gave us the support in the US to take this project on with the confidence that we could do it well. We’d collaborated earlier in the year on Ariana’s massive One Love concert in Manchester so had established the logistics. We also had help from our friends at US Audio who provided excellent additional crew and equipment.”

One of this year’s muscular line-up, Liam Gallagher, was in no doubt how well it worked. “I thought they were great,” said Gallagher’s front of house engineer Shan Hira. “I’d not met Lez before. He did not disappoint. It was a full-on festival situation and the crew were spot on. Their PA tech was Adam Smith, I know him from an earlier show we had done with the Foo Fighters. He’s very good. From both ends of the multi this was a good experience.”

Hira expanded on some of the detail on the day: “I did walk the field, we got twenty minutes in the morning and to be honest I didn’t do much, just a little bit of EQ specifically for me. Adam is a really good PA tech, as they all were on the day, both US and UK personnel working for Britrow. The Foo’s gig we did earlier in the year with Adam was another festival in South Korea. What I heard there, and that was a K1 system as well, was one of the best sounding PA’s I’ve ever heard in the open air: Bryan Worthen the Foo’s FoH said the same thing. So, when I came here and saw Adam again it was already someone I knew I could trust. I have absolute respect for the way he sets things up; if he says, ‘this is what’s what and sounds good here’ you know exactly what you will be working with.”

Hopefully, CalJam will be rocking the west coast with a trans-Atlantic sound for a few years yet.